An audience of 11 attended the December 20 meeting of the Centralia Board of Aldermen.

Change orders and new police officers were on the agenda.

First on the list was a pair of change orders regarding the city water and wastewater projects. Representatives of Bartlett & West asked for deadlines of both projects to be extended. 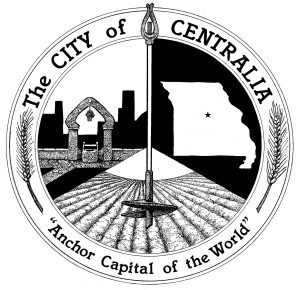 “We’ve been promised three times… It seems like we are trying to put a square peg in a round hole,” Centralia Mayor Chris Cox asked regarding problems with the water department’s new slaker.”

“If this fabrication does not work, where do we stand with this new slaker?” Ward III Alderman Landon Magley asked.

If it does not work, Mike Forsee, director of public works and public utilities said, the city would have to change the type of lime product the water department uses.

The aldermen had doubts the modification would work. If it does not, Matt Rusch, water department foreman, said there would be a meeting to discuss alternatives.

The next topic addressed “unsuitable soils in one of the basins,” referring to a new waste water basin and its permeability, ability to hold water  A representative of Fisher Grading, said the Missouri Department of Natural Resources requires 30 days of 32-degrees or above weather before an acceptable permeability test can be conducted. That requires the completion date to be moved back to somewhere around April. Another change, both groups said, is changing the shapes of the two new basins to avoid the soil that is too permeable.

Magley asked Forsee if the initial tests said the “ground was good?” Forsee said the tests conducted by the Terracon Company indicated the ground was what was needed.

The final soil tests could be delayed until May 1 depending on the weather, they said.

Aldermen Hudson and Magley debated changing the permeability requirement to 20 percent, with Cox authorized to sign it, with Hudson suggesting and Magley opposing. “I say no, it is insurance for the city,” Magley said. Stevens and Magley opposed it. The motion passed 3-2.

Then there was a question of the city paying the bill before the DNR approves the change and reimbursement. City administrator Heather Russell said they usually do not make such payments until DNR has formally approved the action for reimbursement.

Magley asked what happened if DNR does not approve it.

Russell said the city would not be reimbursed. Magley responded: “Then I say we do not do it… If DNR does not approve it is Bartlett and West going to pay it?”

Russell and Cox said it would be the third time with Fisher they have paid before DNR approval and it was not acceptable for the city to issue a check before December 31, prior to DNR approval. She said they would approve the check writing before then if DNR indicated approval. “We want the protocol followed for the remaining payout,” Russell said.

“I don’t feel comfortable with how this has gone,” Cox said. “They either do this or they don’t. He said he appreciated the work that has been done, but did not like possibly not following protocol for the third time on the project. He said the city will make payment once they have received approval from DNR. “We have a project to finish together. I want us to be partners on this, not adversaries.”

In response to Magley’s question, they said one basin, the upper one, is probably “75 percent done,” the bottom one he estimated to be 45 percent complete.

After further discussion, the price of the wastewater project change order is $78,372.15 pending DNR approval was voted on again, with only Magley dissenting. They also approved an $11,000 change order on ventilation system and filter gallery in the water plant.

In other business they unanimously, minus Ward III Alderman Terri Motley who was absent, voted to promote CPD officer Nat Stoebe to sergeant and to appoint Jason Hicks as full-time officer and Jade Mills as part-time officer. They also voted to increase Stoebe’s pay to reflect the promotion.

Under “As may rise” Ward I Alderman Christina Stevens brought up a concern about runoff drainage draining onto a backyard in the Mystic Ridge Subdivision, in Southwest subdivision.

“I need a solution to tell her,” Stevens said regarding the concerned homeowner. She said the problem has existed for eight years. “What do I tell her about the drainage eating away her back yard.”