Centralia Basketball hit the road the night of November 30 and returned home from North Callaway with a mixed bag.

Morgan Ross and Harper Sontheimer led the Lady Panthers with eight points each, backed up by Raegan Anderson and Annie Robinson with six each and Elly Crum and Jozelynn Bostick with five each.

Beau Gordon led the boys team with 11, followed by Grant Erisman with eight and Boen Zimmerman with seven. 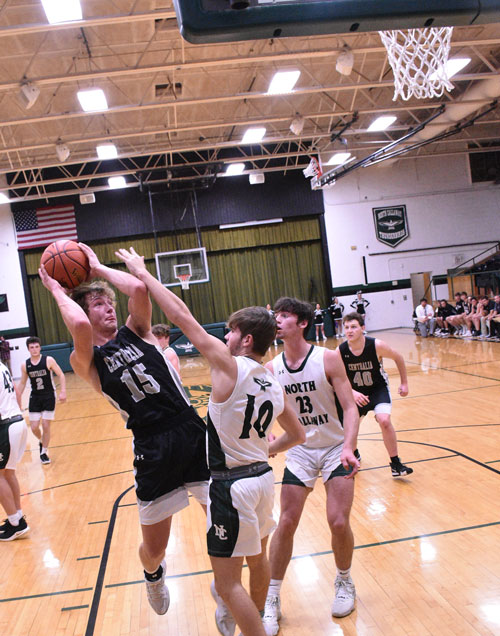 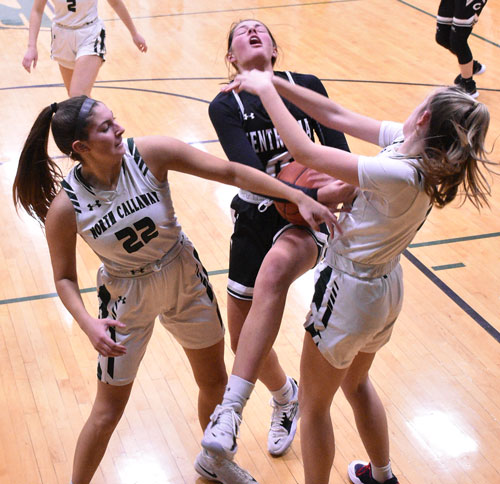 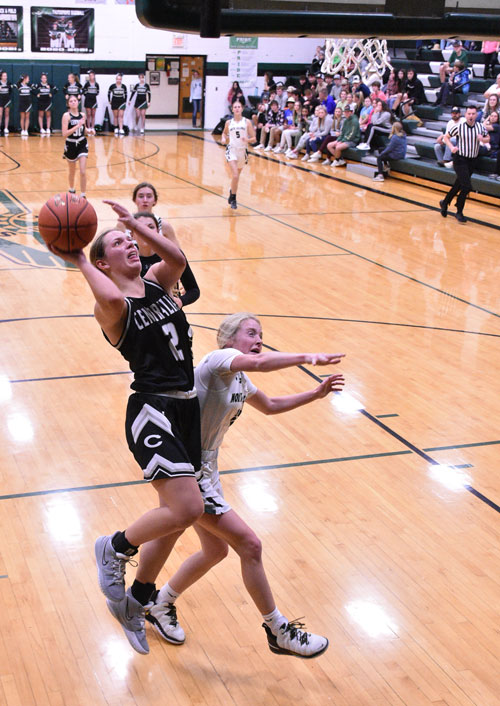 Harper Sontheimer jumps for a shot. 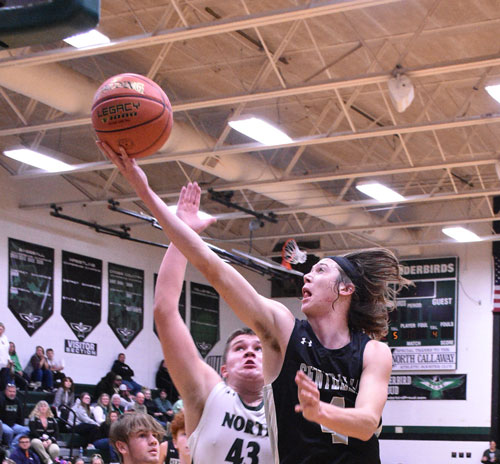 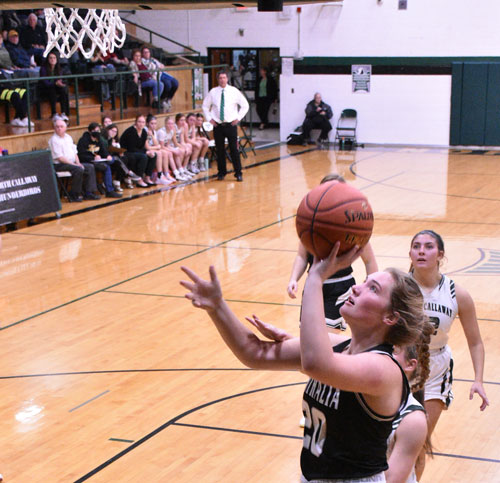 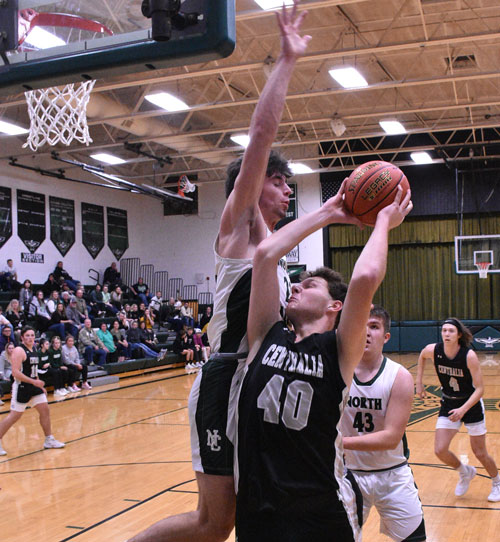 Boen Zimmerman crashing through to shoot.