In a match that started with a homage to late CHS and Centralia Panther Youth Wrestling Coach Bryan Schmidt, the CHS varsity wrestling squad nearly shut out the visiting Winfield Warriors, winning the night 78-6. 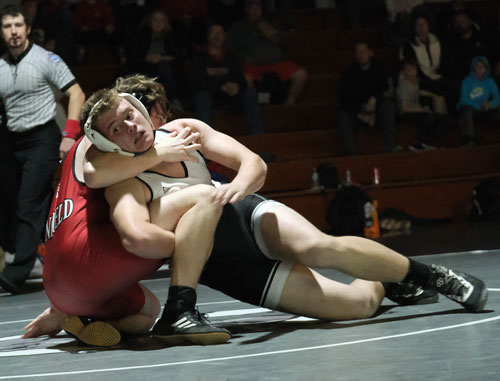 Peyton Mabrey on his way to a pin. 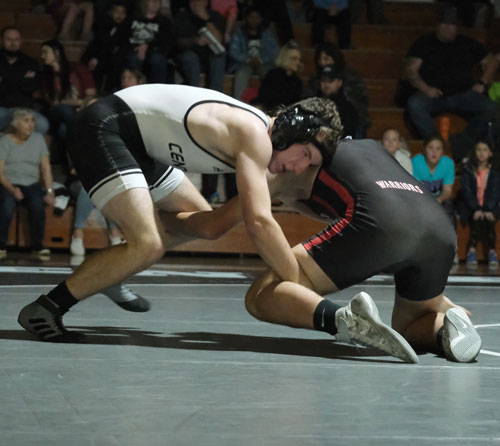 Braden Russell – 170, was ahead on points, but fell to a last-second reversal.

Then Peyton Mabrey renewed the streak with a pin at 220.

Seth Hasekamp finished the varsity evening with a bye when his opponent declined to wrestle. 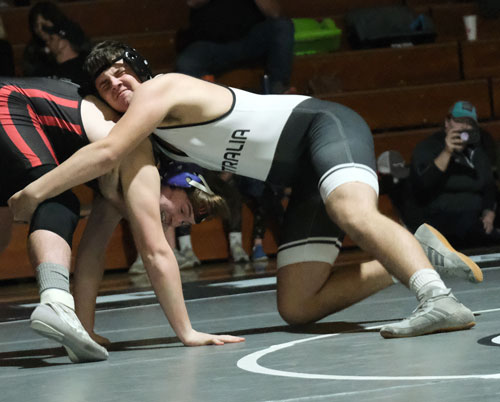 Brayden Russell putting on the squeeze 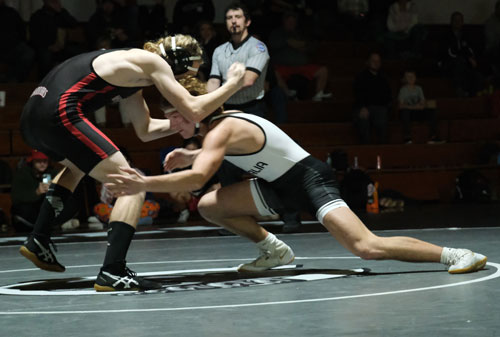