Though unseasonably warm in Centralia Christmas morning, at least one thing was comfortingly familiar for many Centralia residents. 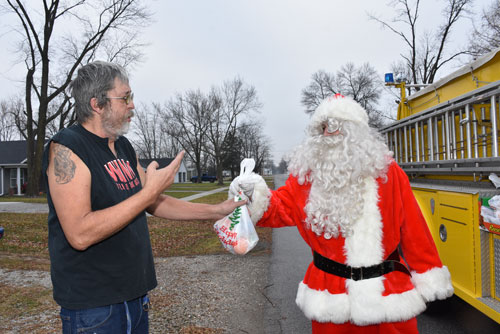 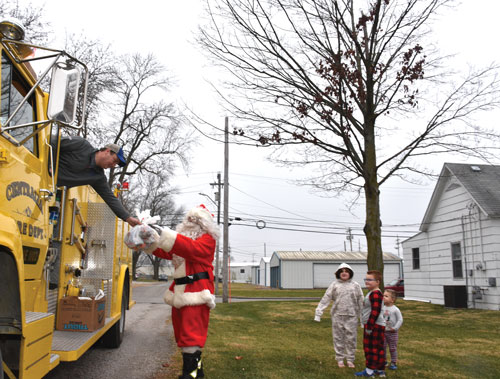 “Seeing the little kids’ expressions make it all worth it,” said one of the Santas as, at 7:45 a.m., inside Centralia Fire Department headquarters he tugged on the long red pants and high black boots preferred by most Santas, while 10 Centralia firefighters stacked previously-packed boxes of Christmas treat bags atop the various fire vehicles.

This year the department had some extra help. One of its trucks was down for maintenance and Jerry Jenkins, a chief with the Columbia Fire Depart ment arranged a loan.

The Columbia Fire Department loaned one of its trucks to Centralia for the morning to transport Santa Claus and his helpers along their appointed routes. 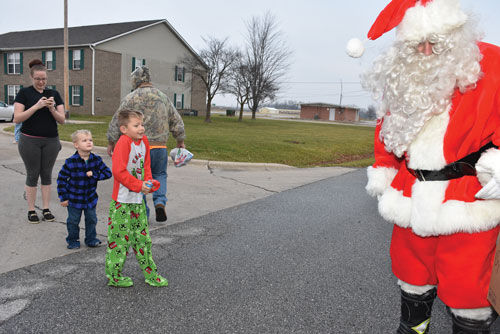 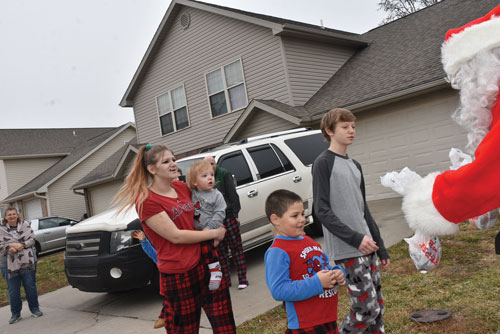 Jenkins, who has worked as a firefighter for 36 years, is no stranger to the Centralia Fire Department’s Santa project.

“The last two year’s I’ve personally come up and helped the Centralia Department do their project here in the community, passing out the treat baskets and stuff. The called me last week because one of their trucks is in the shop and so I talked the chief and brought one our reserves up to help them continue the tradition with the community, letting the kids see a fire truck, see Santa. and sharing the Christmas spirit.” 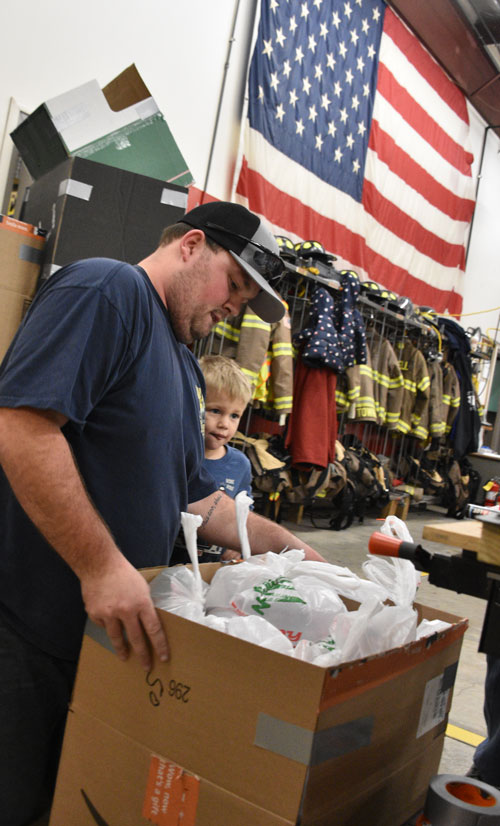 Getting things ready for Santa earlier in the week.

For the complete article, see this week’ edition of the Centralia Fireside Guard 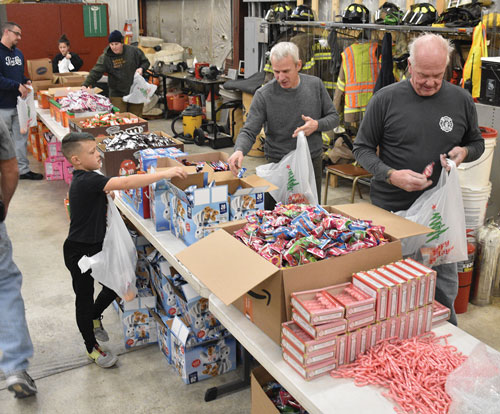 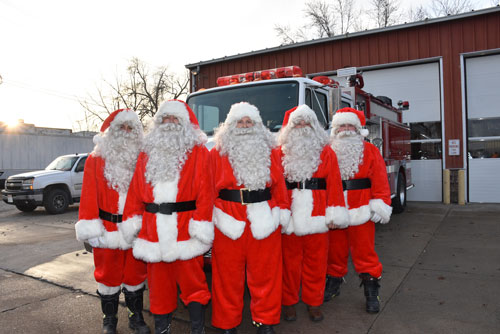 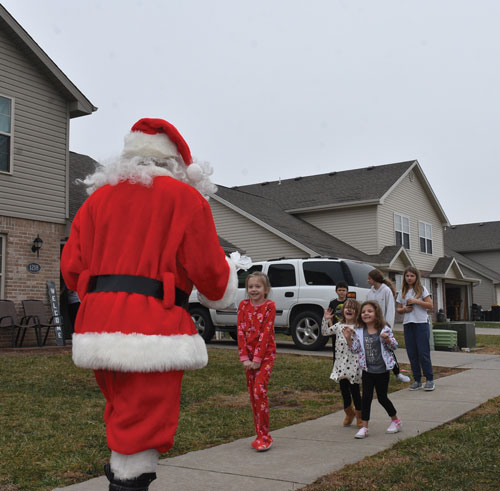 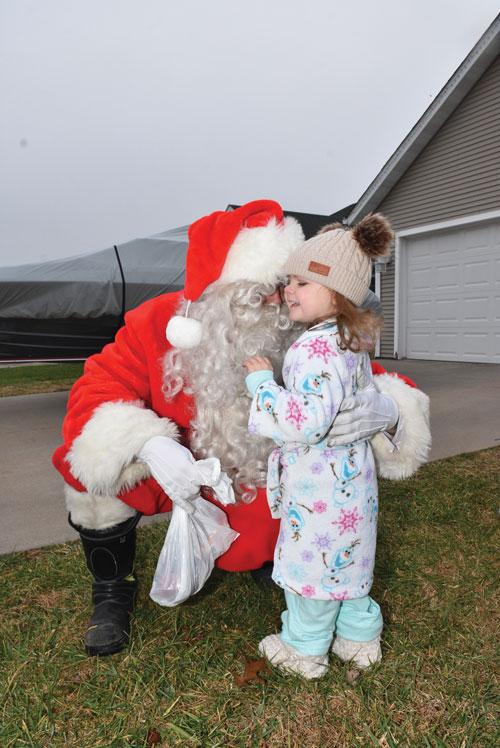 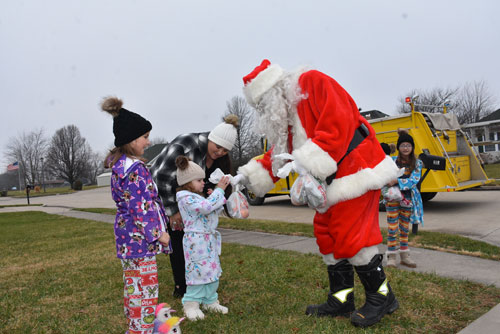