Friday night was a good night to be a Hallsville Indian.

After the first minute the game’s big question seemed to by how much Hallsville would score.

Hallsville Head Coach said one the things that put a smile on his face was that 48 of those 70 points were scored by underclass men and players who came off the bench to keep Boonville on the low side of the scoreboard.

Xavier Stinson, a sophomore, led Hallsville and the game with 14 points. Cameron Cox, a 5’6″ freshman scored 13, most of those, three-point shots; veteran  senior AJ Austene, back in action after missing the early part of the season recovering from a football injury scored 10, as did Isaac Stinson, another freshman. 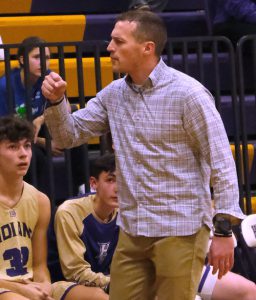 Next up for Hallsville is Eldon Tuesday night at Hallsville, when the Indians celebrate senior night. 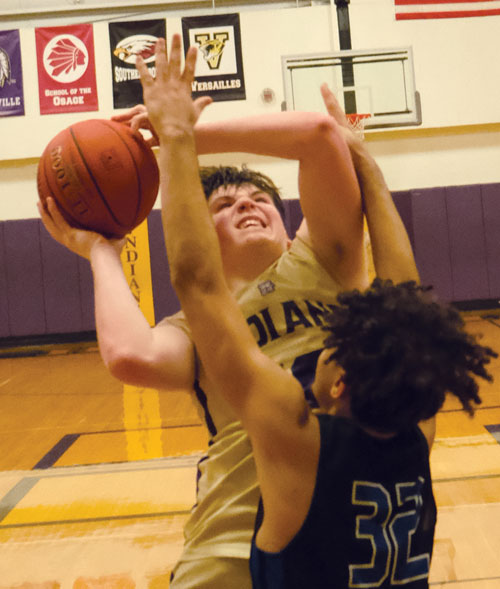 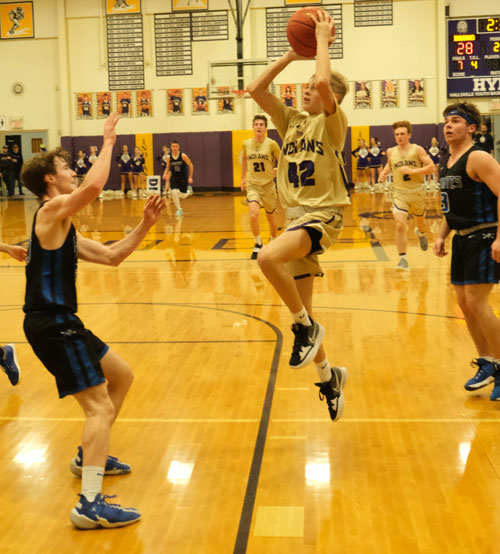 Cameron Cox working the inside. 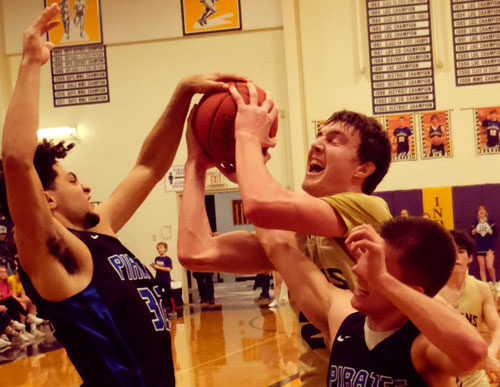 AJ Austene back in action under the basket.