After skipping a year due to the COVID-19 pandemic, the CHS orchestra, choir and concert choir groups, along with parents and the staff of Co-Star Catering, teamed up with Leah Rolfson, CHS’s choir and orchestra director and Scot Long, co-director emeritus, to produce the 34th annual CHS Madrigal.

This year’s event, entitled “Rapunzel, Rapunzel, let down your heir,” by Paul Brandvik, entertained 540 people during its three shows, then evenings of December 3 and 4 and the afternoon of December 5.

“I would say things went very well,” long said of the cast of almost 100’s performance, the culmination of two months’ worth of 7 a.m. rehearsals, every other morning in the CHS cafeteria.

While the audience loved it, Long said, in some subtle ways, he could see the event had been paused for a year. “But I’ve been with it for 20 years or so… The younger kids especially, you build a culture of doing it every year and they’ve missed a year of that. If you skip a year, it can make it a little hard to get back into that. But they did a good job tonight.”

Sophomore Braeden Russell, who portrayed Rapunzel’s “distraught father,” said the production was fun and he would certainly be auditioning next year. “It was fun, but you’ve really got to try your best, otherwise won’t be as fun.”

He agreed with Russell. “Being in character is pretty fun and for me, the crown is a nice touch. It’s what I’d call a very big honor.” Caballero estimated he had put in at least 50 hours preparing for the role. The court alone number 20 student-thespians, he said.

The students nurtured a team-work, family work-ethic throughout the evening, as evidenced during remarks at Friday’s pre-show evening. “Remember you’re not just doing this for yourself, you’re doing it of the person next to you and you’re doing it for all our audience.” “Everyone do your part, if someone messes up, help them out, pick them up.” “It’s a really big Centralia tradition. It means a lot not only to the people in this room, but to the crowd too, to keep that in consideration whenever you’re acting and behaving by yourselves.” “Be respectful tonight, a lot of people look forward to this, so don’t ruin it for them,” “It’s only three days, it will go by in a blink, remember it, cherish it.” “

Long said he thought the event was started by former CHS band director Claude Westfall, and nurtured by his successor Mike Pearson.

He said for many the performance marks the beginning of the local Christmas season. 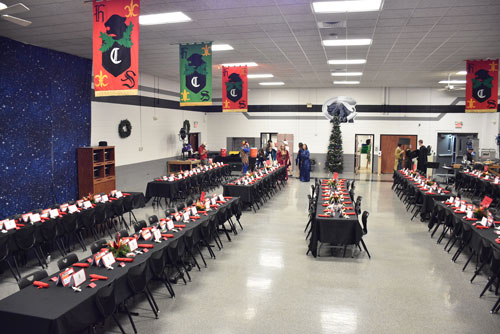 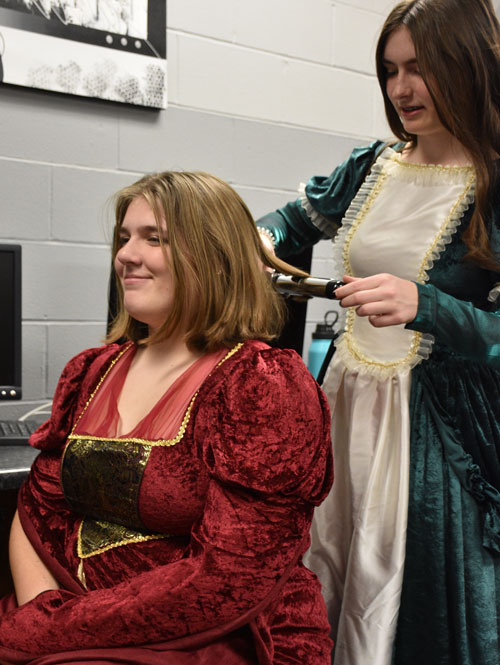 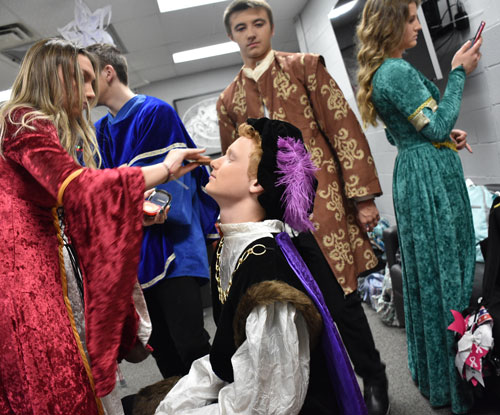 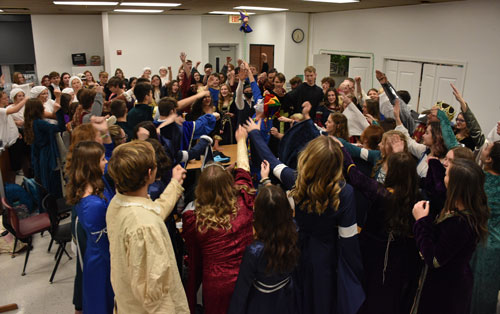 The jester rallies the cast. 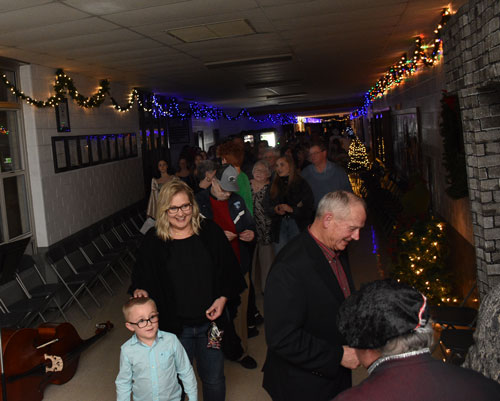 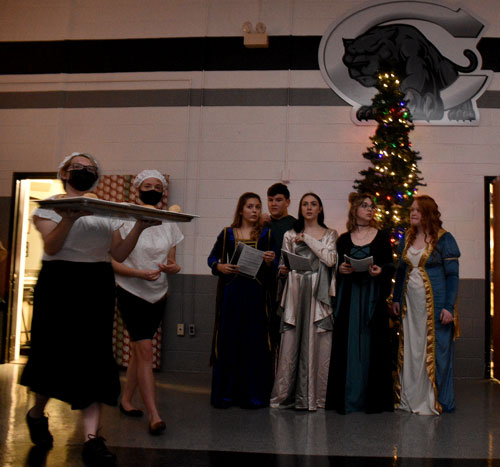 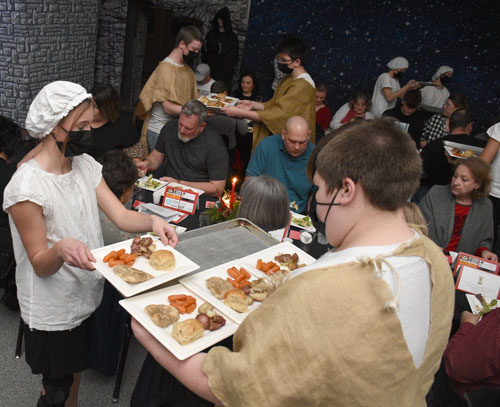 A toast with the royal court 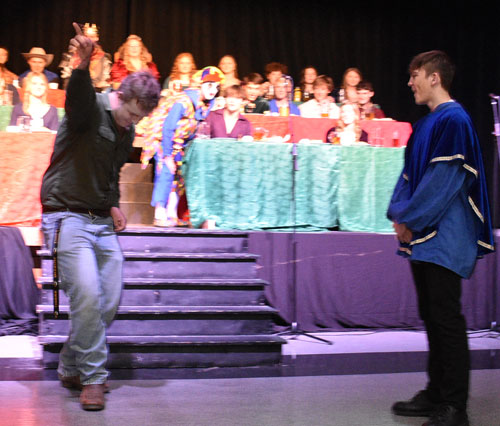 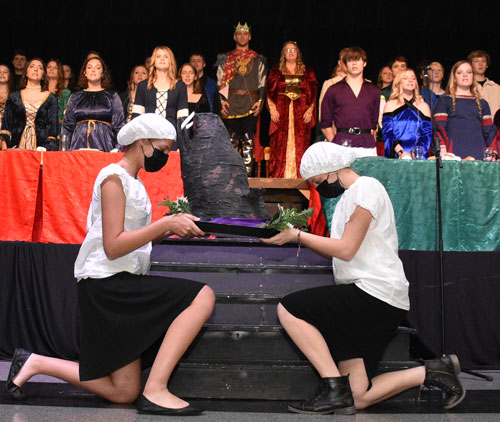 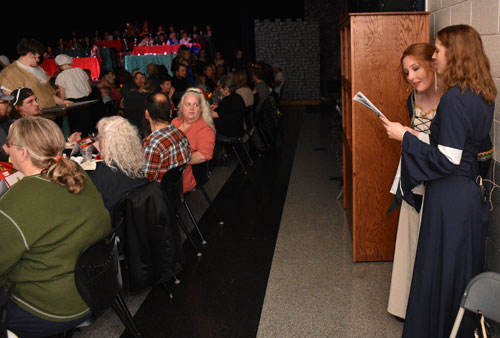 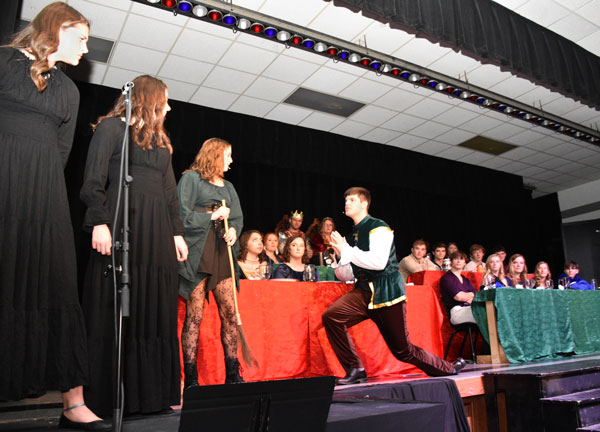 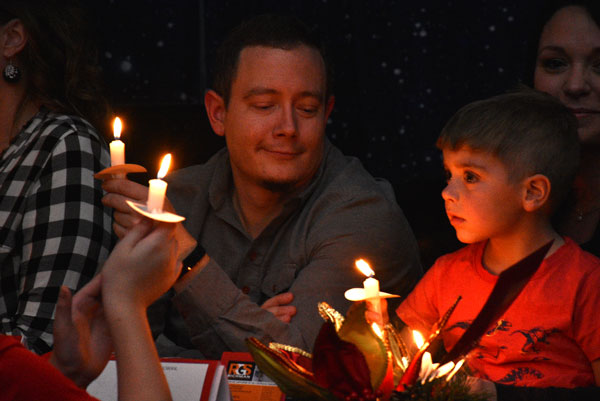