Sturgeon splits pair of games against Slater at Homecoming

The Sturgeon Lady Bulldogs beat Slater 42-38 as they celebrated Homecoming. Both teams started slow but by the 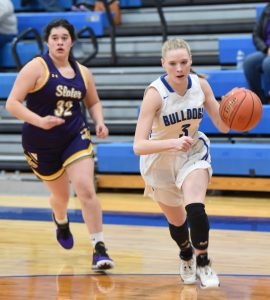 end of the 1st quarter Sturgeon had built a 16-7 advantage over the Lady Wildcats. Slater however closed the gap going into the half trailing 19-17. Slater took the lead in the 3rd quarter ending at 33-27. Sturgeon pulled even and the teams continued the 4th trading baskets. Shelby Bailey converted a three point play to lead by three and Slater never got closer. Liberty Stone led Sturgeon with 10 points. Kathryn Dothage, Bailey, and Grace Thomas all scored 6 points. 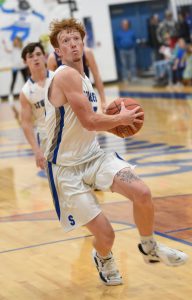 The boys game was the opposite, falling behind 14-8 in the 1st quarter. They came back in the 2nd to go to half time trailing 23-21. Slater went on a run in the 3rd quarter to push their lead to 38-29. Turnovers were a problem all night for the Bulldogs and they eventually succumbed to the Wildcats 50-37. 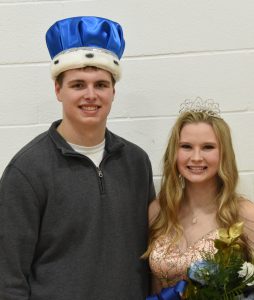