Centralia hosts battle of the Panthers

The southwest win did not bring a win for Centralia Friday night at Centralia High School’s Miller field.

Though Centralia made them earn every point, visiting Monroe City left Centralia Friday night with a 28-7 on the books, leaving the Clarence Cannon Conference with one less undefeated team. 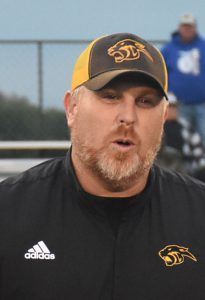 On his fourth, he went long with a nine-yard run.

Centralia’s Kyden Wilkerson ran 67 yard for Centralia’s lone touchdown at7:05 in the second quarter, capped off with the game’s lone extra point kick by Nathan Timpe.

As is becoming his habit, Timpe’s kick was good.

Monroe City scored at 6:25 in the first, 7:17 in the second, 1:41 in the second and 3:31 in the third. They were successful in their first and fourth two-point conversion attempts. 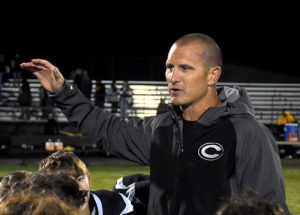 Listen to Centralia Head Coach Tyler Forsee, below, on the Monroe City Game

Wilkerson led Centralia’s offense in rushing with 136 yards in 12 attempts, Cullen Bennett at quarterback rushed for 31 in six attempts and Breylen Whisler rushed for 15 in eight.

Pennewell rushed for 121 yards in 29 attempts.

Regardomg passing, Bennett passed for 28 yards in 1 attempts, Monroe City’s Reece Buhling for zero in three attempts – one of which was intercepted by Breylen Whisler.

Afterward, asking if anybody was injured: “you’re probably going to be sore,” Forsee told the team in the post-game huddle. “Embrace it, enjoy it. What did we get tonight, a battle, and a great learning opportunity – absolutely. Us coaches, we will go back and see what we’ve got to work on, what we’ve got to do to put us in a better situation… I appreciate tonight’s work, I am proud.”

Monroe City Head Coach David Kirby said he knew going in Centralia had some players they would have to keep their eyes on.

“Number 33, Wilkerson, that kid is dyyyynamic,” Kirby said. “Then you throw in Cullen Bennett, he’s a darn good quarterback. He does a lot of really good things. Both of them are playmakers.”

Forsee reiterated he was proud of how Centralia played.

“Our kids did not quit. They never stopped fighting,” he said. 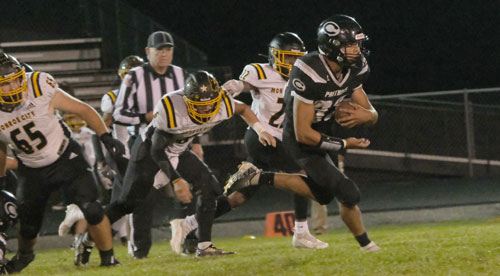 Kyden Wilkerson running for a first down 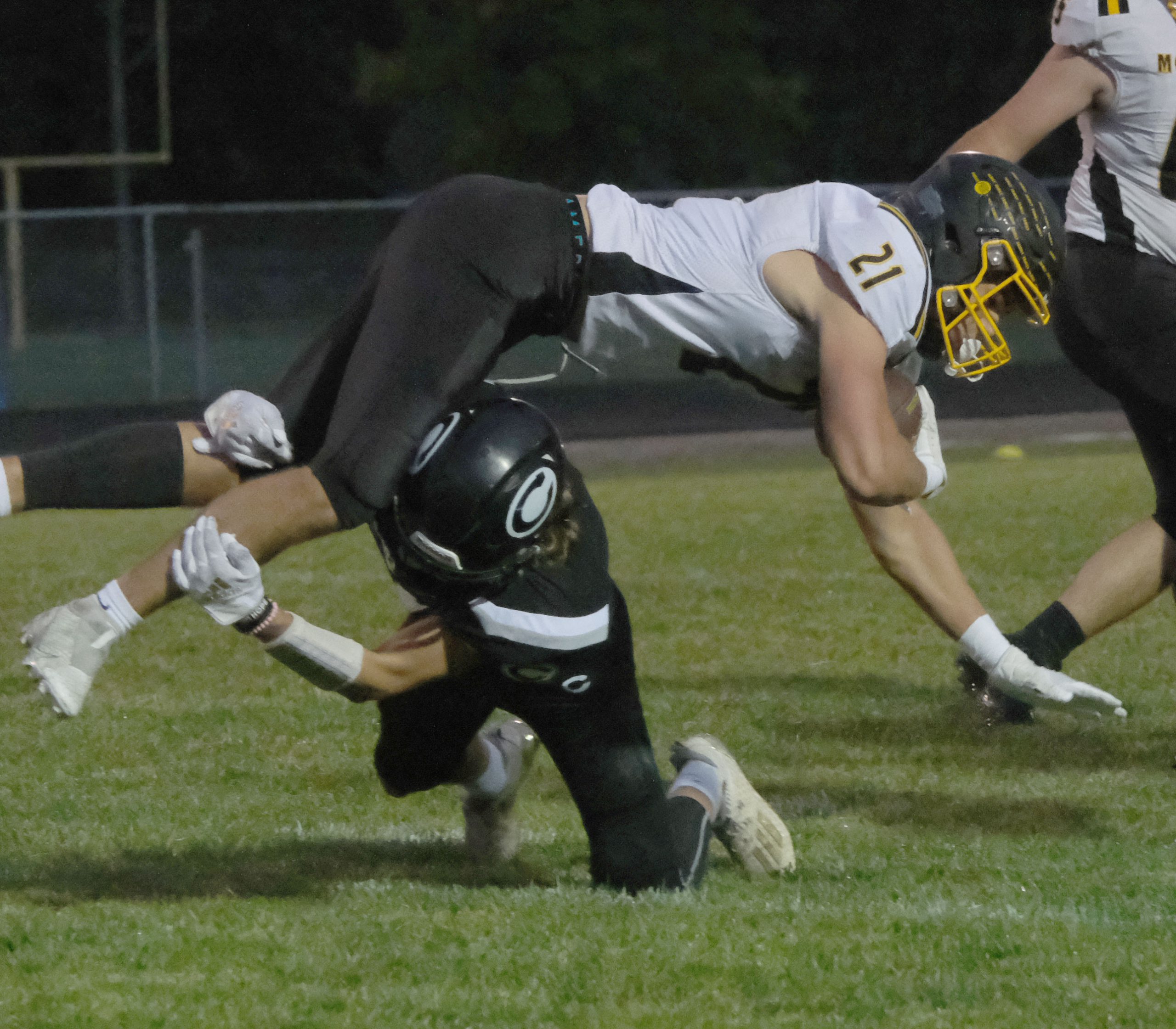 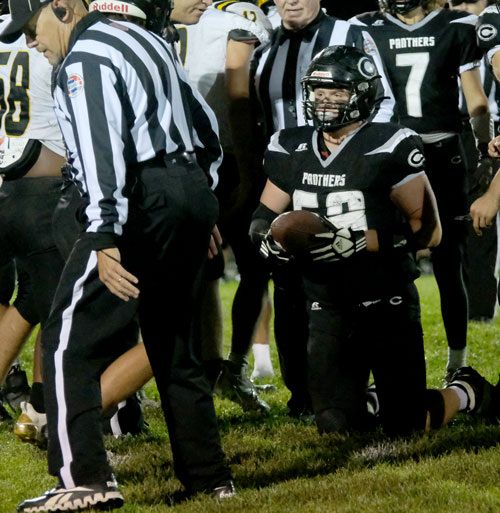 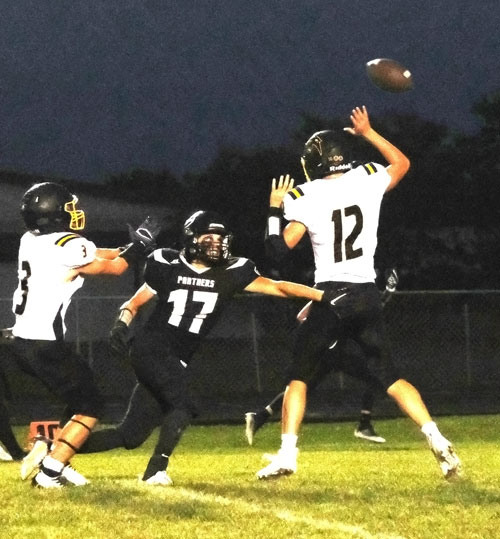 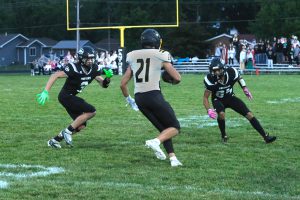 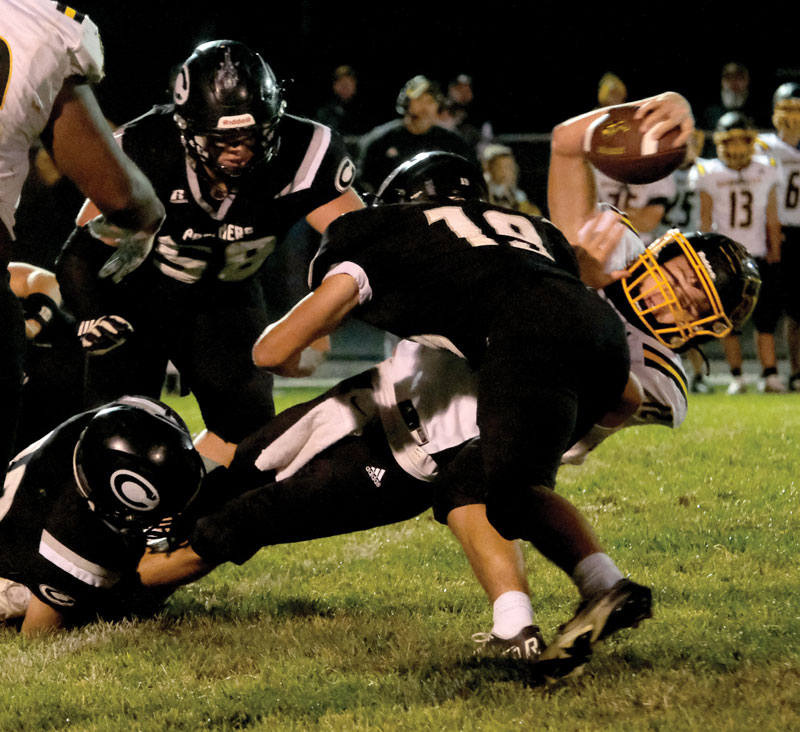