Centralia Panther football is on a roll

As a hunter’s moon rose in the east, Centralia’s Panthers hunted and caught a 35-0 shutout of the visiting Palmyra Panthers.

But as Centralia Head Coach Tyler Forsee said afterward, the score was not indicative of how tough a game it was.

Palmyra’s defense found a way to smother Centralia’s running and passing games for almost the entire first half. 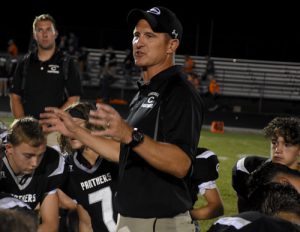 The first quarter ended with the scoreboard reading 0-0.

“We knew they’d be balanced, we knew they’d be physical,” Palmyra Head Coach Kevin Miles said afterward when asked how Palmyra kept Centralia off the board early in the game. “I just told the boys on defense to hit their marks and mind their lanes and that is what they did.” 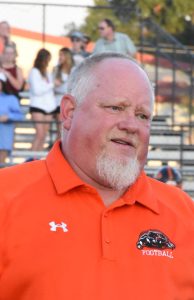 That is when Bennett, Centralia’s quarterback handed off to Wilkerson who drilled through the Palmyra line and zigzagged through their backfield for a 28-yard touchdown run.

Bennett passed for a game-high 125 yards and two touchdowns with five completions out of nine attempts. 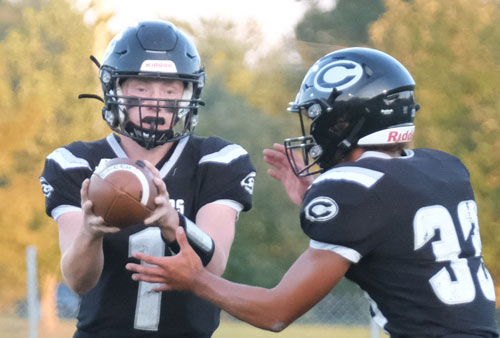 Timpe found his sweet-spot as well, going five-for-five on extra-point kicks, something not seen in Centralia football in recent seasons.

Halftime opened with the score 7-0, Centralia.

The Panthers finished the third, up 14-0. 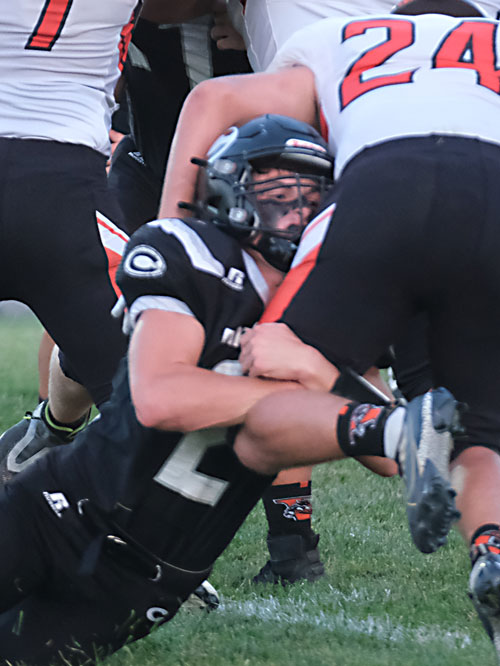 In the fourth Centralia scored three touchdowns to finish the game 35-0 for their third win of the season, leaving Centralia’s Miller Field with a 3-0 record so far this season.

“They were tough, they didn’t quit,” Forsee said of Palmyra in his post-game speech to the Panthers. “I’m very, very proud of how well we responded. I’m proud of our tough – we’ve always got that in our back pocket. I’m proud of our bend but not break, I’m proud of our swarm on defense, of our dashing their passes…”

Wilkerson lead the team in rushing, but others stepped out of his shadow to make scoring contributions.

Breylen Whisler rushed for 73 yards in 15 attempts, scoring a touchdown along the way.

Jesse Caballero lead the team, and the game with 72 receiving yards and one touchdown.

Ethan Adams had two catches for 43 yards and one touchdown. The touchdown came at 1:25 in the third. Adams went deep for a 24-yard Bennett pass, made the catch, was hit in mid-air by a Palmyra tackle, broke free in mid-air and made a slanting horizontal dive across the goal line, extending his white-gloved hands over the line as he landed.

Next week the Panthers travel to Brookfield.

For the complete article, see  next week’s edition of the Centralia Fireside Guard. 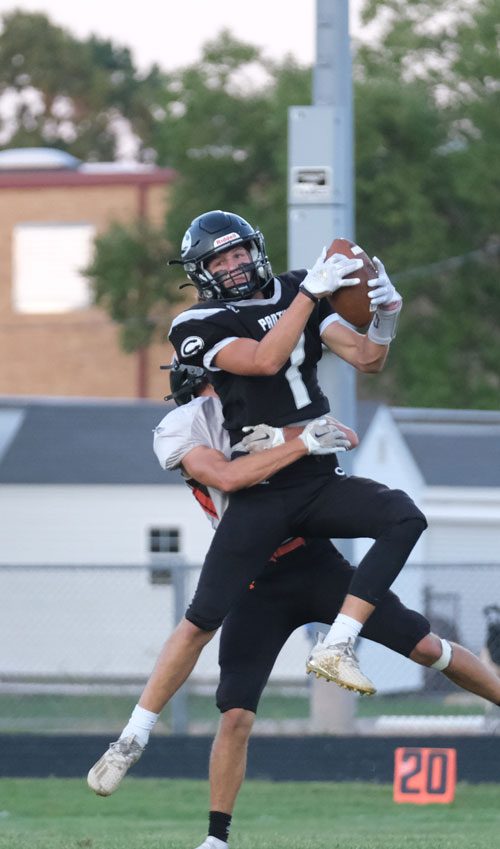 Ethan Adams pulls one down for a first down. For more, see next week’s edition of the Centralia Fireside Guard. 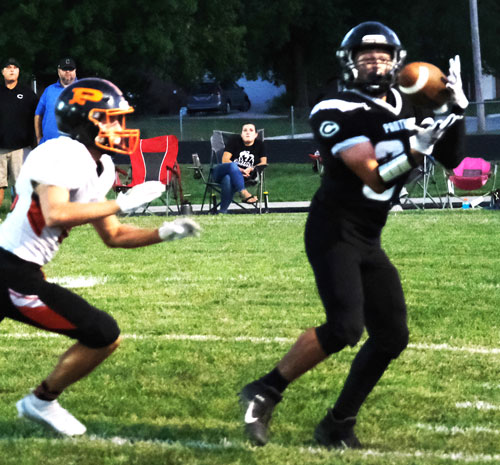 Jesse-Caballero snags a pass inside the lines.