It took some work, but the Panthers are now 5-1. 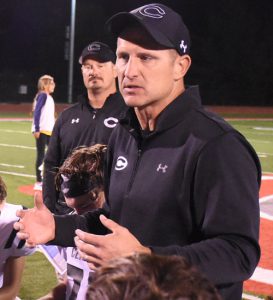 Centralia spent the first half in the deficit after Clark County scored once in the first and again in the second.

After a scoreless first quarter, Centralia entered the locker room at halftime behind, 7-12, their only points courtesy of a 40-yard Cullen Bennett touchdown pass to Mattie Robinson plus a Nathan Timpe extra point kick.

But Centralia hit the after burners and pulled away from the Indians in the second half.

Centralia scored 14 in the third, via a two-yard touchdown blast by Breylen Whisler and a three-yard touchdown by Kyden Wilkerson . while the Panthers’ Iron wall defense kept Clark County off the board. 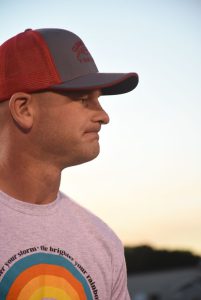 The Indians bounced back in the fourth.

Panther quarter back Cullen Bennett was not comfortable with that.

He responded by taking the snap from center Seth Hasekamp, pivoting right as if to hand off to Breylen Whisler. As the Indian defense focused east, Bennett spun again and churned up the middle, finishing with a mid-air dive across the line for a touchdown. Together with Nathan Timpe’s fourth successful extra point kic, that earned Centralia a 28-18 lead, and eventually the game.

Wilkerson led Centralia with 90 rushing yards in attempts. Bennett followed him with 45 yards in 12 attempts and Whisler was 35 in eight

Clark County’s Johnny Shin led them, and the game with 91 yards in 11.

Next for Centralia is homecoming versus Highland. 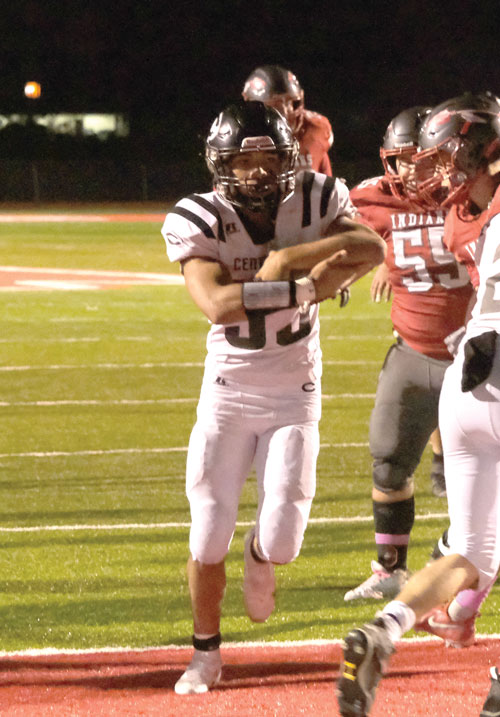 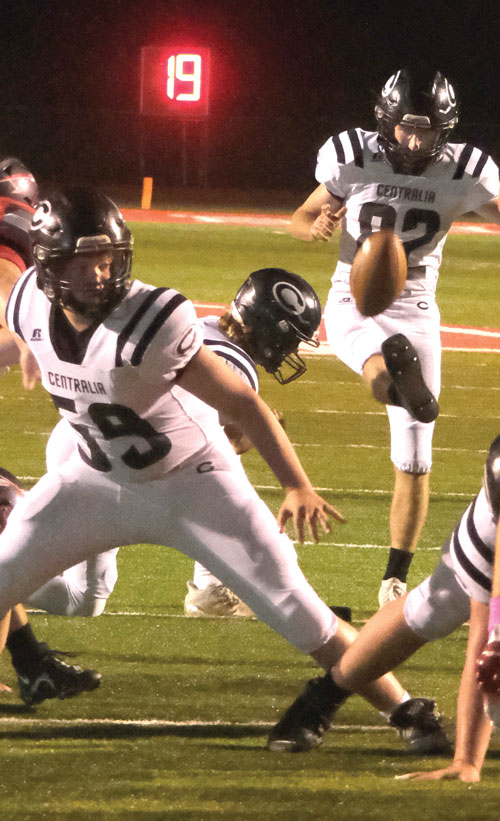 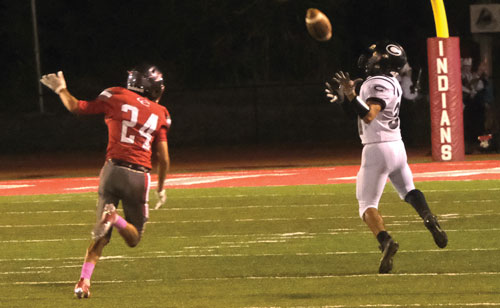 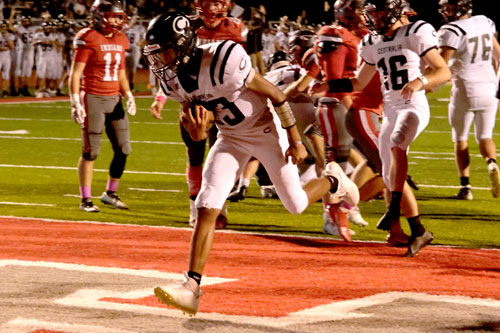 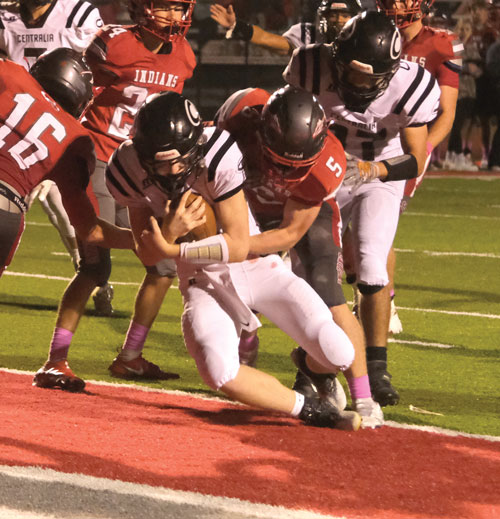 Cullen Bennett pushes through for a touchdown 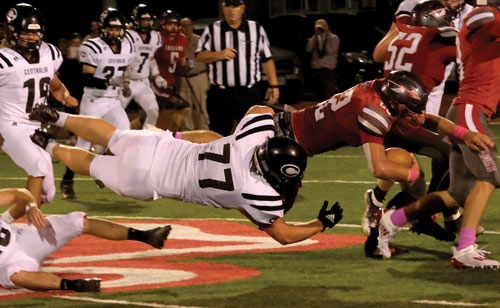 For more, see the October 5 issue of the Centralia Fireside Guard