Edward Michael Fashing, 86, of Sturgeon died May 5th, 2022 after a short hospitalization.

Visitation will be Tuesday, May 10th, 2022, from 5:00 – 7:00 PM at Fenton-Kendrick Funeral Home in Centralia. A Mass of Christian Burial will be held 10:00 AM, Wednesday, May 11, 2022, at Holy Spirit Catholic Church in Centralia. Graveside services will be later for immediate family. 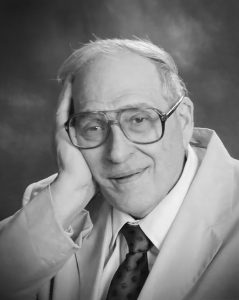 Edward wrote science articles for Encyclopedia Britannica but he was an educator at heart. He taught science from grade school to the graduate university level. He taught at several schools including University Illinois-Chicago, Malcolm X and Triton Jr. Colleges. He taught physics and chemistry at NMSU/Truman State, Columbia College and studied toward his PhD in Chemistry at the University of Missouri-Columbia.

Edward and Annette where married for 63 years. They moved from the big city of Chicago when they purchased their Missouri farm in 1973. They raised Simmental cattle, were avid orchardists, gardeners and grew wine grapes. Ed was a devout catholic and involved in the church from an early age. Ed volunteered during the farm crisis at various farm organizations and masterminded long educational summer family vacations. Ed, like his father Michael, was a master storyteller and loved to share them with everyone he met.

Edward was preceded in death by his parents Michael and Leontine Fashing of Chicago, IL.