Physicality, deception, triple option offense and cold so deep it felt like razors slicing open fingertips: those were some of the aspects of Friday night football in Bowling Green.

Unfortunately, the only one of those shared with the visiting Hallsville Indians was the cold.

But not so cold the Indians avoided a shutout. They came in second in the battle for the district championship, losing 57-8 to the undefeated Bobcats. 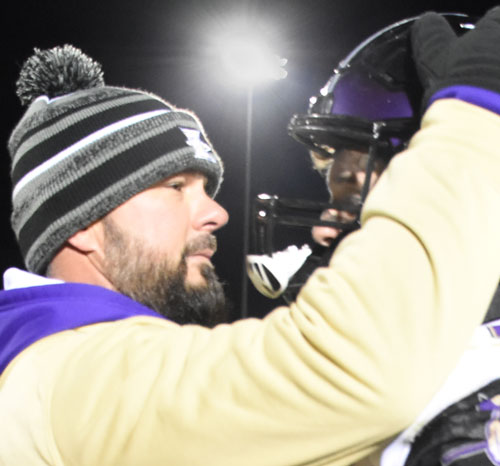 Bowling Green scored early and often. Starting with a 50-yard touchdown run and a two-point conversion, to make it 8-0 early in the first.

They opened the second quarter with a 30-yard up-the-middle touchdown run. By 9:19 in the second it was already 26-0, Bowling Green, but Hallsville Head Coach Justin Conyers kept calling plays and freshly returned varsity quarterback Colton Nichols kept executing them.

“I said all week long we were going to have to match their physicality,” Conyers told the Fireside Guard  afterward regarding the Bobcats. “They just stood really good up front: big, fast, physical, on all spots of the field. We just weren’t able to match the physicality-intensity piece of it and they did a really good job of running the football right at us… They’ve been averaging 70.5 points a game. That’s a lot of points to defend against and to answer on the other end… It just felt like we couldn’t get anything going offensively early on… Tonight just wasn’t our night.” 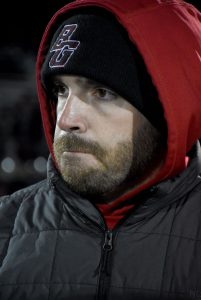 Then with 48 second left in the half, Bowling Green intercepted a Hallsville pass ran it 40-yards downfield before Hallsville stopped them and one short play later scored another touchdown to end the half with a 50-0 lead.

“The big thing,”  Conyers said when asked what he told the Indians over halftime, “I told them they are going to go on and do much bigger and better things than just being a football player. And I wanted them to understand that adversity happens in life and when adversity happens I want them not to quit as  men… And that’s what you saw. We played till the final seconds of the game and I could not ask for anything more from my team.”

Bowling Green Scored again in the third and kicked an extra point to make it 57-0 and that was the score at the bottom of the third.

But Hallsville never surrendered and their persistence paid.

With barely four minutes left in game, Harrison Fowler took another handoff from Nichols, faked toward the middle, then slanted east.  He broke two tackles and ran along the east sideline for 55 yards for a touchdown.

With barely four minutes left in game, Harrison Fowler took another handoff from Nichols, faked toward the middle, then slanted east.  He broke two tackles and ran along the east sideline for 55 yards for a touchdown. He then successfully scored the two-point conversion, preventing a Bowling Green shutout. Conyers put it this way: “Fowler broke a long run on an Iso blocking scheme that set up a QB power run from Colton Nichols for the score. Fowler punched in the 2 point conversion with the same play he broke the long run on.”

Conyers sounded optimistic about next season.

“We’ve got a lot of guys coming back. We are going to lose some seniors up front. The big one is our whole offensive line so that’s going to be a tough one to replace with five seniors…”

For the full article, see next week’s edition of the Centralia Fireside Guard. 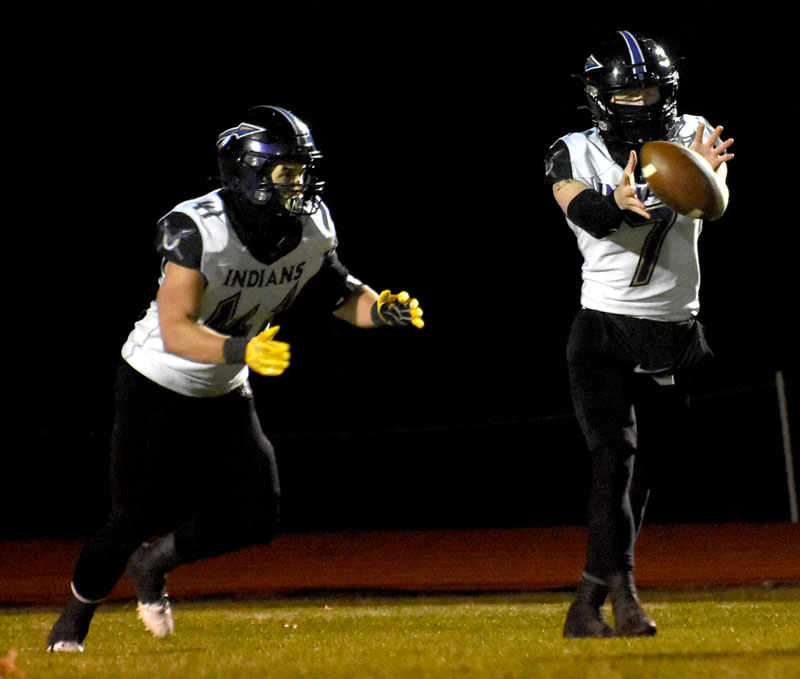 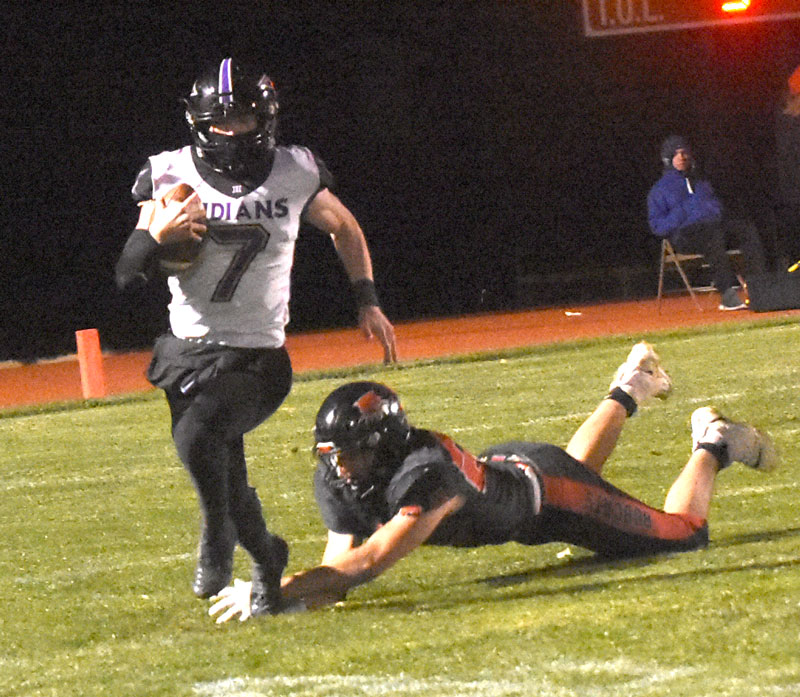 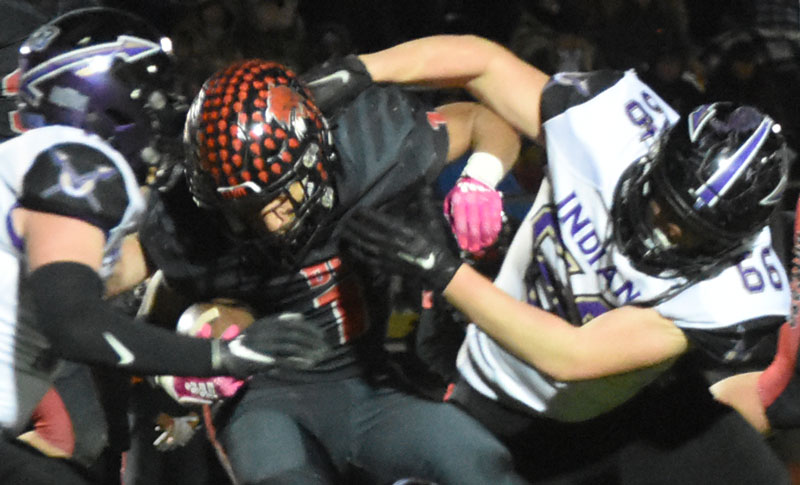 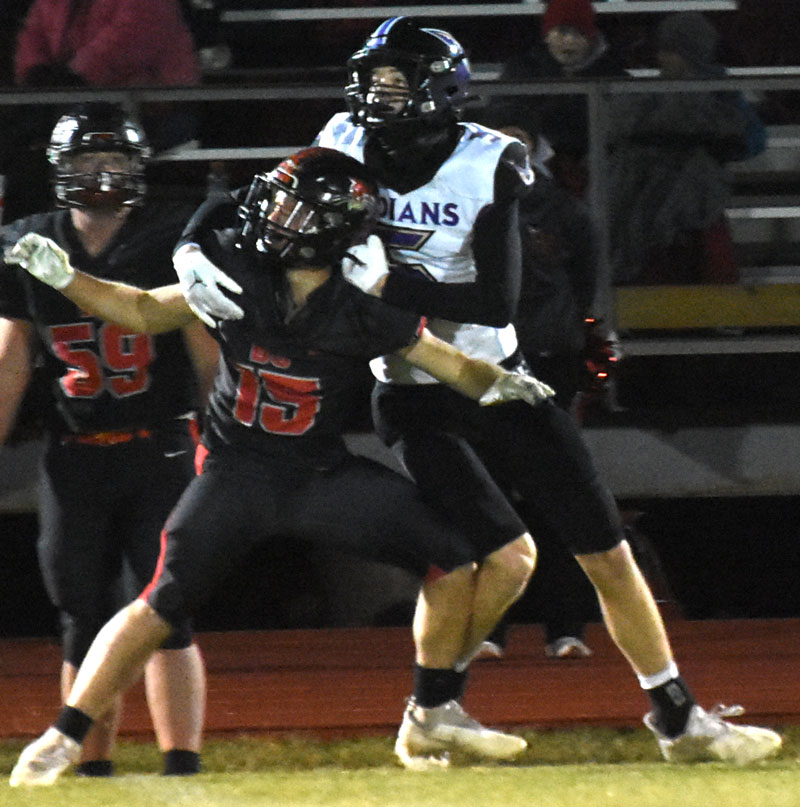