Hallsville swarms over Palmyra in first round of district football playoffs

The score by quarters tells the story in a stark generality

At the end of the first quarter, Hallsville led Palmyra 16-0.

Working under a running clock, Hallsville led going into the fourth, 38-0.

Here is  how one observer described the first half.

Defensively Hallsville’s number 66. Tison Perrigo spent almost as much time in the Palmyra backfield as their quarterback Marty Smyser. The 210 lb. sophomore would not be denied. His pressure during the first and second Palmyra offensive series resulted in a lineman’s dream when the Panthers coughed up the ball and senior #50 Garrison Ballard senior linebacker/center got the scoop and scored from the Palmyra 30 for Hallsville’s second score. The Indians’ defense only allowed one first down in the opening half. When Perrigo, and 50, Garrison Ballard and number 67 Jake Crane switched to the other side of the ball the domination continued at the line of scrimmage. This made life pretty simple in football terms for senior running back Harrison Fowler. The line opened huge holes for Fowler who scored the three  rushing touchdowns and four two- point conversions for 26 of the 32 first half points. Hallsville only needed to throw three times in the half completing two of those attempts. The Indians moved at will against an outmatched Palmyra team.”

Here is what the coaches had to say. 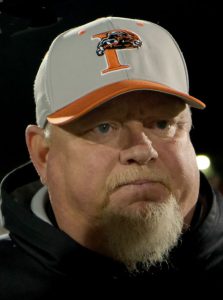 Listen below, to Palmyra Head Coach Kevin Miles discuss the game against Hallsville. 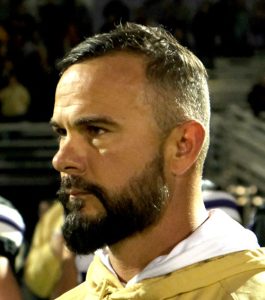 Listen below, to Hallsville Head Coach Justin Conyers discuss the game against Palmyra. 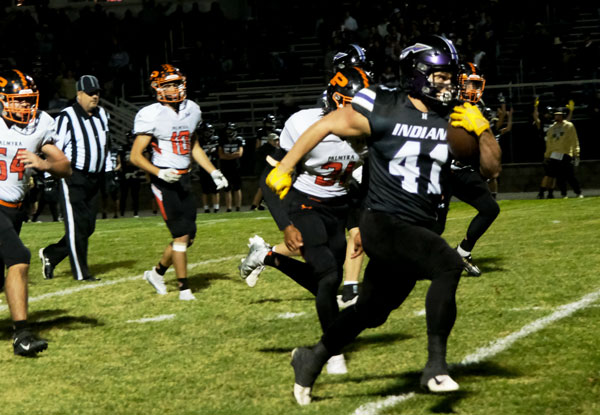 Harrison Fowler on his way to the first touchdown of the game. 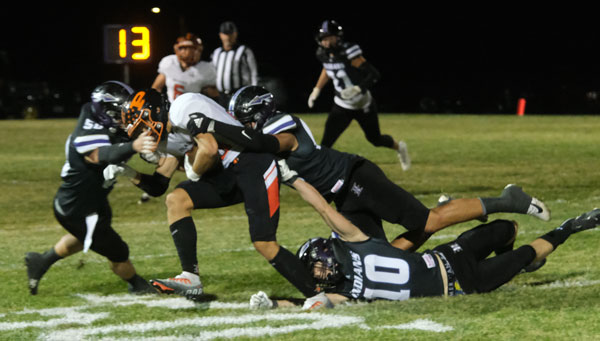 A trio of Indians short out a Palmyra drive 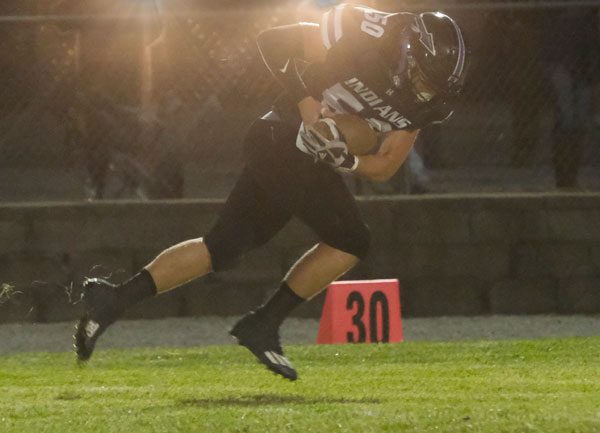 Garrison Ballard heading for a touchdown after scooping a Palmyra fumble 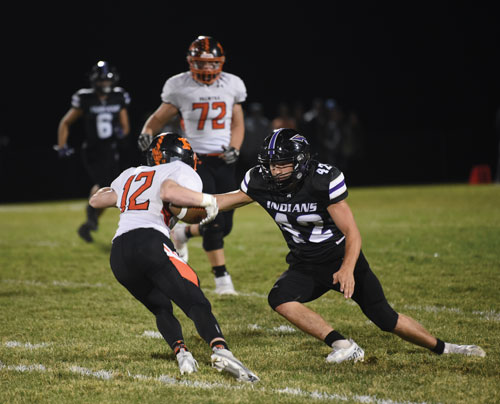 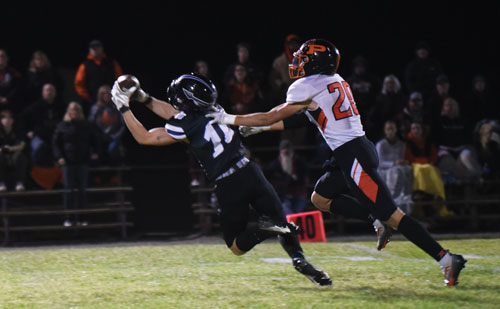 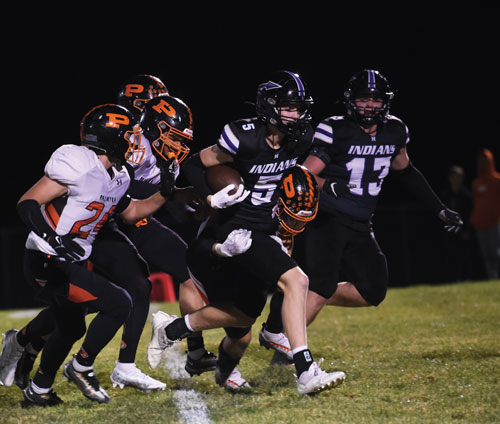