For the second consecutive season, the Hallsville Indians football team has derailed the Centralia Panthers drive to a district championship.

The did so in a fashion few expected, shutting out the Panthers for three quarters while scoring 22 points.

Centralia had plenty of strong plays, but only one resulted in a touchdown.

Cullen Bennett’s 49-yard, fourth-quarter pass to Jesse Caballaero resulted in Caballaro zigging, zagging and stiff-arming his way through a trio of Hallsville pass defenders to cross the southeast portion of the goal line for a touchdown.

Ethan Adams sealed the deal with a blast around edge for a two-point conversion to make it 22-8,  Hallsville.

The Indians’ scored first, with nine seconds left in the first, when sophomore quarterback Brayden Matheney completed an 11-yard pass to Ayden Lampkins for a touchdown. Fowler followed up with a successful two-point conversion run.

Then Fowler split Centralia’s line for a four-yard touchdown rush at 5:16 in the second, but Hallsville was unable to complete the conversion.

The Indians’ last touchdown came five-minutes later in the last 20 seconds of the half when Matheney completed a 13-yard touchdown pass to Landyn Sievers, followed by another Fowler two-point conversion.

For more see next week’s edition of the Centralia Fireside Guard. 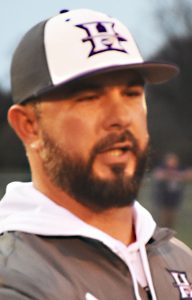 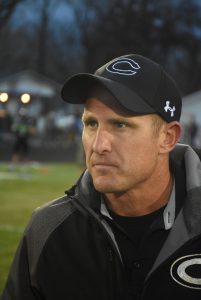 Listen below to Centralia coach Tyler discuss the Hallsville game

The Panthers leaving the field. 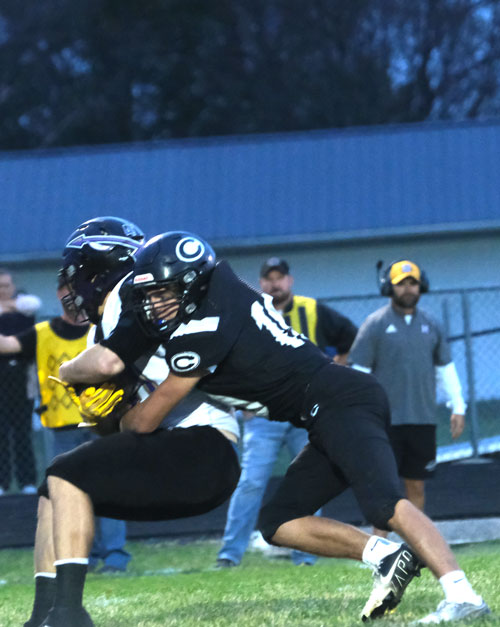 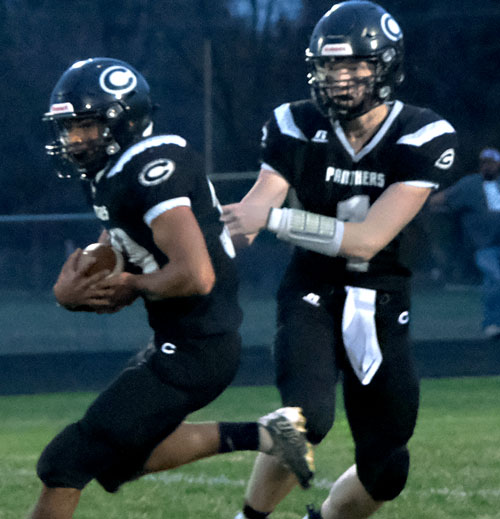 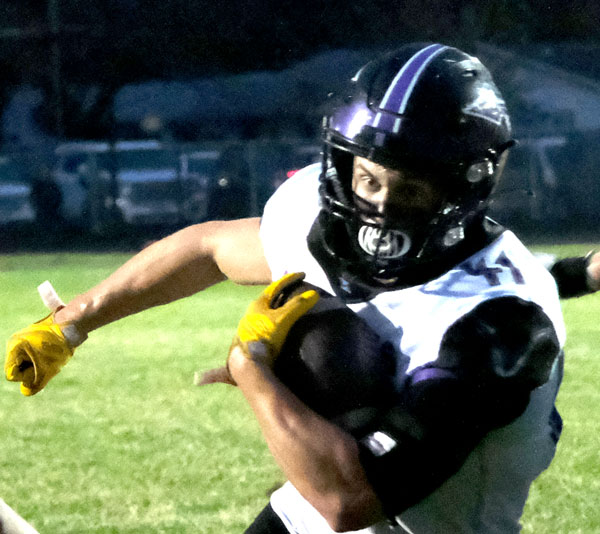 An endzone-eye’s view of Harrison Fowler scoring for Hallsville.