Kenneth Coldicott of Salina, Kansas entered his Heavenly home on June 9, 2022 at the age of 78. Ken was the son of Walter and Ruth (Kincaid) Coldicott and was born in Springfield, Ill. On August 10, 1943. His growing up years were in Girard and Pana, Ill. 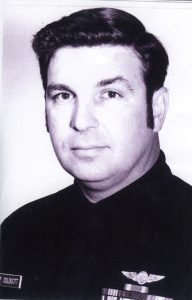 The Coldicotts moved to Centralia when Ken was a freshman in high school. He was active in FFA, 4-H, working on the family farms and owned a hay baling service with his brother Jim. Ken graduated from Centralia High School in 1961. He attended Kirksville State Teachers College and enlisted in the Navy in January 1963.

Ken spent 22 years in the Navy and retired in May, 1985 in Memphis, Tenn. He was then hired by GSA to be a building inspector for government buildings in Tennessee and Mississippi. He worked for GSA for 20 years.

On June 4, 2015 he married Peggy Cornett from Mexico, Mo. and they spent their free time in Salina volunteering at Rolling Hills Zoo and at their church. They also had many fun adventures traveling around the U.S. in their motor home. Ken was very proficient in woodworking. He built many items, including a deck and an old fashioned front porch on their townhome.