We are deeply saddened by the passing of Lena Maria Cederholm Pecquet, 80, of Centralia, Missouri, on June 3, 2022.  Her death follows a battle with amyotrophic lateral sclerosis (ALS) or Lou Gehrig’s Disease.  She passed away peacefully at home surrounded by her loving family. 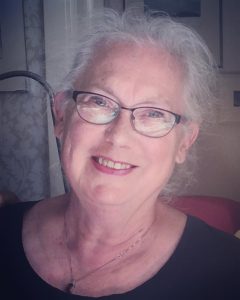 Lena was born August 20, 1941 in Mälmo, Sweden, and grew up in Stockholm, Sweden.  She married her beloved husband Claude Pecquet in 1965.  Before settling in Centralia, Missouri in 1978, Lena lived in Paris, Stockholm, New York City, Saint Louis and Chicago with her young family.

She is survived by her husband Claude, her daughters Caroline and Christina, and her sister Ajta.   She was preceded in death by her parents, her parents-in-law, and her son Jean-Claude.

Lena contributed greatly to the community throughout her years as a Centralia resident. In addition to being an active member of PEO Sisterhood Chapter AF, the Sorosis Club of the General Federation of Women’s Clubs International, and the Centralia Women’s Club, she co-managed the local blood drives for many years. She also served as a Board Member of the Centralia Public Library during its expansion and relocation, volunteered as a docent of the Centralia Historical Society Museum, and participated in activities of Holy Spirit Catholic Church.  For 20 years, Lena worked with the Missouri Department of Family Services in Boone County during the winter months as an administrator of its Energy Assistance Program.

An avid reader, Lena loved to cook and to entertain with friends. She had a passion for discovery and travel — including day trips to Missouri’s state parks, spontaneous road trips across the US, and international trips, often returning for visits to France, Sweden and Switzerland.   In her later years, she was a member of the Scandinavian Heritage Society in Columbia, Missouri and studied diverse topics such as literature, art, foreign languages and political science through Osher at the University of Missouri-Columbia.

A memorial service will be held at the Centralia Historical Society Museum on 319 East Sneed Street on Monday June 27 from 4:00pm to 7:00pm with a short program at 5:30pm.

A funeral mass will be held at Holy Spirit Catholic Church in Centralia on 404 South Rollins Street at 2:00pm on Tuesday, June 28.

For those who may wish to make donations in Lena’s memory, the family suggests the following organizations: the Centralia Public Library; The Food Bank for Central and Northeast Missouri; Team Gleason, which provides technologies and support for persons living with ALS; and Catholic Relief Services and may be sent in care of Fenton-Kendrick Funeral Home, 104 S. Collier St. Centralia, MO 65240.