Message to those with power line concerns, ‘Don’t give up’

Slightly more than 100 people heard messages from three, August 9 at the Audrain County 4-H building on Mexico’s south side. 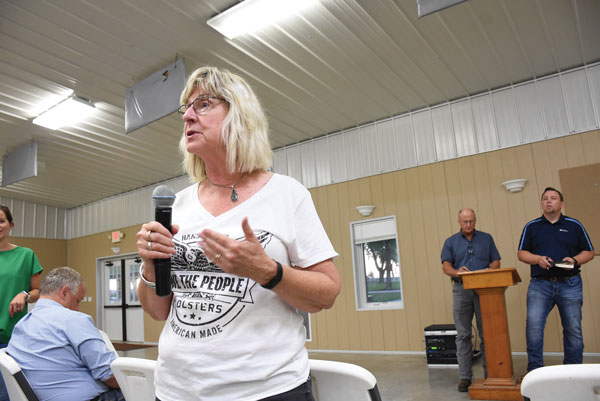 The evening’s discussions could be condensed to four points.

• One was that everybody needs to make their concerns regarding the Tiger Connector power line and the possibility of eminent domain being used in its construction known to the Missouri Public Service Commission ad when doing so, be polite and rational

• Two, courtesy of Hubbard, what the Tiger Connector’s parent company Invenergy, formerly Grain Belt, says one day may not be the same as what they say another

• Three, the state’s electric cooperatives, specifically Consolidated Electric Cooperative, are mandated by law to permit ventures such as the Tiger to use their substations, though the coops are not required to purchase power from them, and in the case of CEC they are not doing so.