Michael “Mike” Ray Power, 68, of Thompson, MO, passed away unexpectedly on Saturday, July 30, 2022, on the family farm. Mike was born July 17, 1954, in Mexico, MO. He was the son of the late Charles and Betty Power of Thompson. Mike graduated from Centralia High School in 1973. He worked at AP Green Refractory for 28 ½ years. 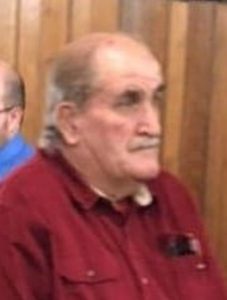 Mike was united in marriage to Carol (Wilson) Power in Mexico, MO, on June 7, 1997. He lived on the family farm for over 63 years, where he was passionate about his animals, gardening, and helping neighbors. When Mike was not working on the farm, you could have found him at the Midwest Exchange Regional Stockyards in Mexico. Mike did not know a stranger and could be found striking up conversations with anyone.

Memorial Services will be at 10 a.m. on Friday, August 5, at Bethlehem Baptist Church, north of Centralia.

The Power Family is being served by Arnold Funeral Home in Mexico.

Online condolences may be left at www.arnoldfh.com.