It was a good night to be black and white in Brookfield.

Brookfield’s Burlington Field was the site of the Centralia’s Panther football team’s fourth consecutive win of the season, 40-8 over Brookfield’s Bulldogs. Centralia started judiciously, faster than previous games, but maybe still not as quickly as Centralia Head Coach Tyler Forsee would have preferred.

Nevertheless, the Centralia put the first quarter away, 7-0 over the Bulldogs, when with 43 seconds left, Panther quarterback Cullen Bennet ran a quarterback sneak 32 yards for a touchdown. 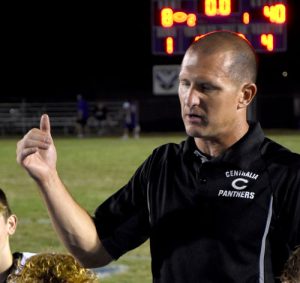 “We started off early with our ground game and our offensive line did a great job up front,” Forsee said, as they have all season.”

Centralia struck again early in the second quarter, when at the 11:14 Jesse Caballero tackled Brookfield Colton Parn at the one yard line and five minutes later Kyden Wilkerson drilled through eight yards of Brookfield defense for a touchdown to make it 19-0.

“Obviously Kyden Wilkerson,” Brookfield Head Coach Kory Luke said afterward when asked what Panthers were on Brookfield’s radar going into the game. “He’s probably one of the best athletes in Class Two football.”

Brookfield hit back after that.

That was it for Brookfield’s offense. 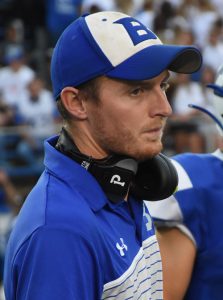 Wilkerson led Centralia, and the game with 122 yards in 18 attempts. Bennett backed him up with 93 yards in 12 attempts. Brayden Shelton rushed 36 yards in six attempts.

Mattie Robinson led the Panthers for receptions, 39 yards for one, followed by Wilkerson who was 35 for one and Brayden Shelton, 20 for one and Romine who was 20 for two.

Bennett finished the game with seven completions out of 15 attempts for 146 yards. 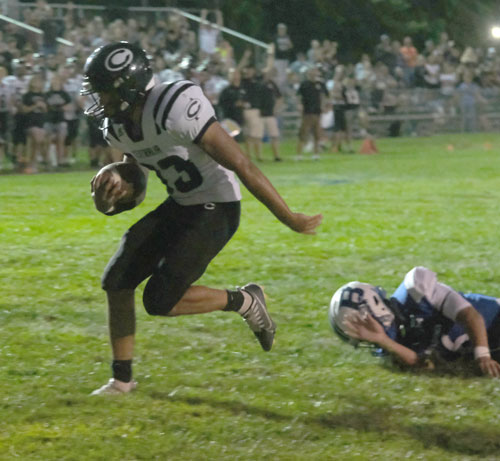 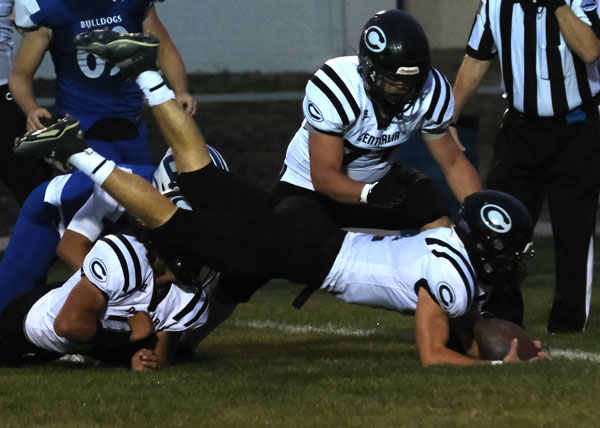 Jack Romine turns a Brookfield fumble into a touchdown 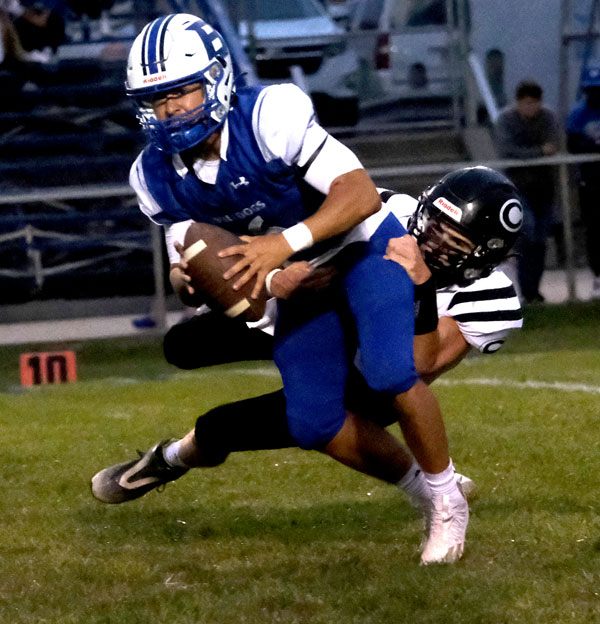 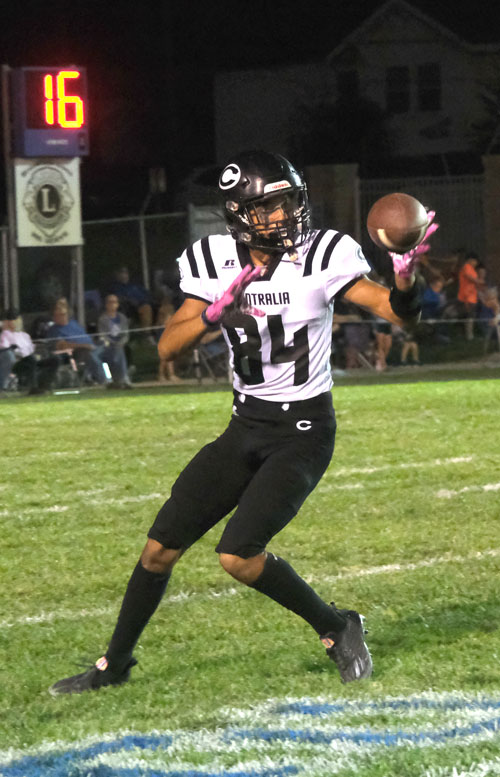 Ethan Adams stretches for a pass

Logan Rosenfelder going for a catch