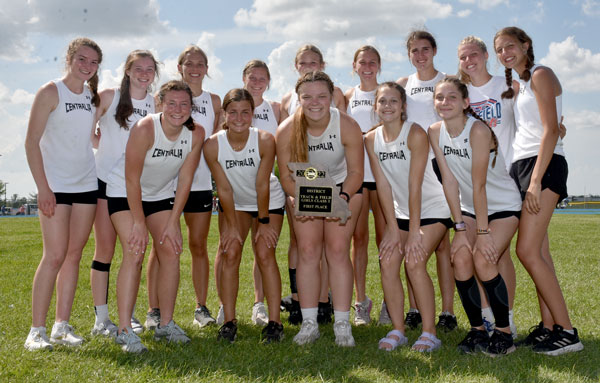 The top four in every event move on to sectionals.

On the girls’ side, the Lady Panthers won with 111.5 points, holding a big lead over second-place Palmyra’s 93. Macon took third with 73.5, Bowling Green fourth with 69 and Montgomery County fifth with 63.

On the boys’ side, Centralia took third with 88.5, behind second-place Montgomery’s 124 and first-place Bowling Green’s 129.

Boonville took fourth with 67.5, Southern Boone fifth with 56 and Hallsville ninth with 25.

Regarding medals, Sontheimer said the Panthers won by more than top-four performances. “But to be honest, some of my favorite moments, nobody notices them. “Lilly Underwood kicking in to the finish in the 1600 to move from ninth to 8th place to give the team a single point. To contribute. That’s good stuff.” 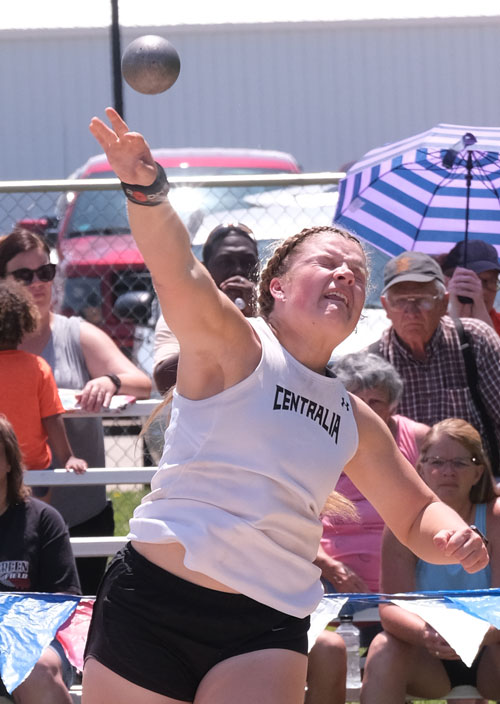 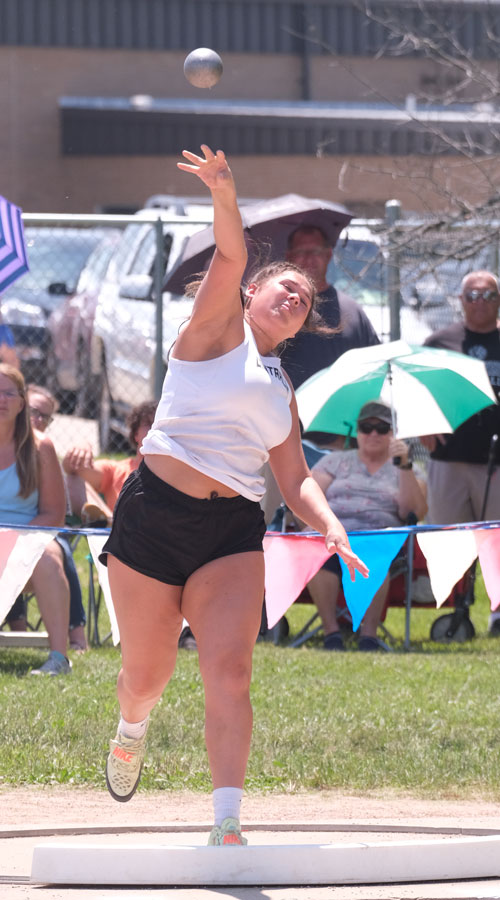 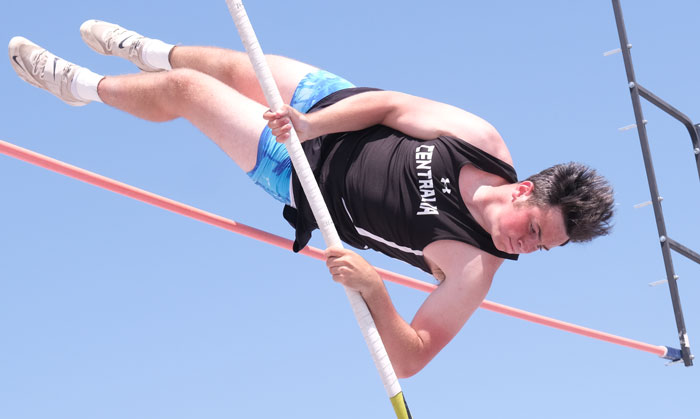 Beau Gordon is back 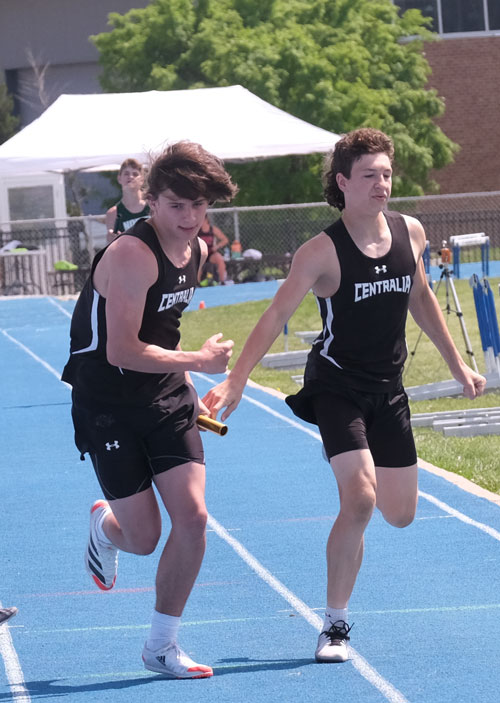 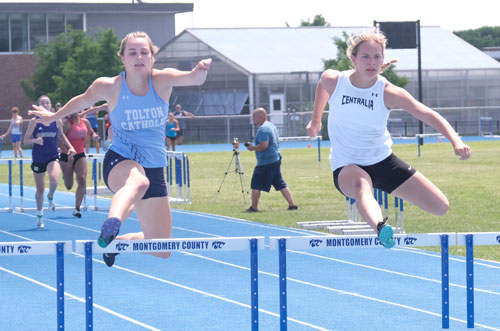 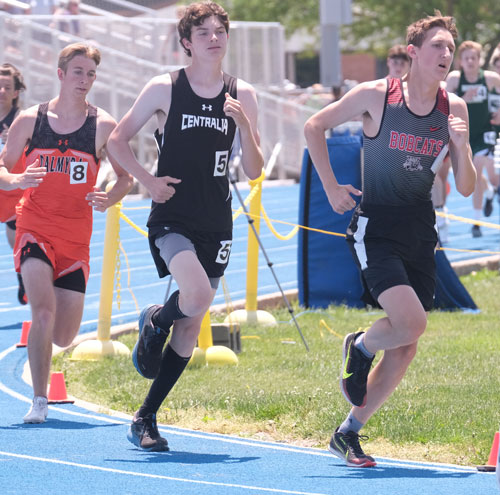 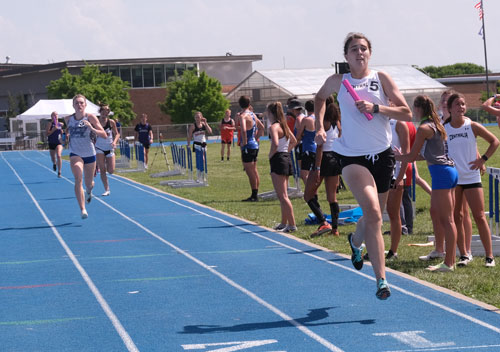 Beau Hatton on his way to Gold