Jesus stated in John chapter 3, “Unless you are born again, you can’t see the Kingdom of God.” We need new eyes that are reborn and redeemed. With those eyes, you’ll look at people a whole new way: the Kingdom way. Can you see people with the eyes of Jesus? 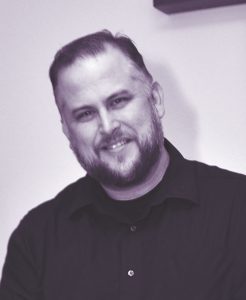 The Gospel of the Kingdom is the good news that the Kingdom is here, and we need to repent to be a part of it. The Kingdom is God’s rule and reign in your life, so it takes a turnaround, it takes repentance, to be in the Kingdom. You have to yield the throne of your heart to the Lord and give him control. That’s good news, because if Jesus is in control of your life, you are in the very best hands.

He was not only proclaiming the Kingdom, telling folks what it is, and that God loves them, and they can be saved. He was also demonstrating his Kingdom authority by healing every disease and affliction, casting out devils, you name it. He has absolutely authority over all demons and all disease, so he came telling folks, “The Kingdom is here!” and then he brought Kingdom power into all of their problems.

Verse 36 of this passage fascinates me. Only born-again eyes can see the Kingdom. You won’t see God working, you won’t see God’s plan, and you won’t see God’s authority and power at work in the world until you are a part of it, then suddenly you see God at work everywhere. But the perspective you gain must be one of love. Being a Christian ought to transform us into loving people, because God is love. So if we are in his Kingdom, and we are born again, and have that new vision that comes from being saved, it will give us a lens of love to see people through.

Jesus looked around and saw the crowds. You ever find yourself in a massive crowd? It can be overwhelming, being surrounded by hundreds of people. And it can be easy to see how people act, how they talk, how they treat others. It can be easy to see the unwashed mass of humanity and start to get mean about them. It’s easy to make fun of others, and to judge others.

Jesus sees people differently. He has Kingdom eyes. The Bible says when he saw the crowds he was moved with compassion because they were harassed and helpless. Kingdom perspective won’t have you looking at people and being hateful toward them because they dress funny to you, or they say things that are filthy, or they don’t know how to act right in public. Kingdom perspective will show you the lostness of the people. It’ll show you the helplessness people face, the harassment and stress they are under in their lives. And if you have a heart like Jesus, you’ll be moved with compassion. That’s hard to do. I’m still learning this lesson.

Until we have that view of humanity, we have not yet found the full Kingdom of God. Because if you’re in the Kingdom, and you are following that kind of King, that’s how you’re going to look at people – not as annoyances, not as ignorant and wrong, not as worthless, but as people in need. If we can start to see people as Jesus sees people, our eyes have truly changed. We can see the Kingdom at that point. We are close to our Savior indeed when we feel his love and compassion toward people.

When you look at people, what do you see?