“In some respects, it feels like a lifetime ago when my husband Steve and I decided to declare my candidacy for Congress in July of 2021. By the end of July, my husband and I caught COVID and my husband succumbed to complications from COVID pneumonia August 19, 2021. After a time of grief and prayer, I continued onward, partly in memory of my husband and partly to continue the race set before me – to continue fighting for God and Country like we did our entire marriage. 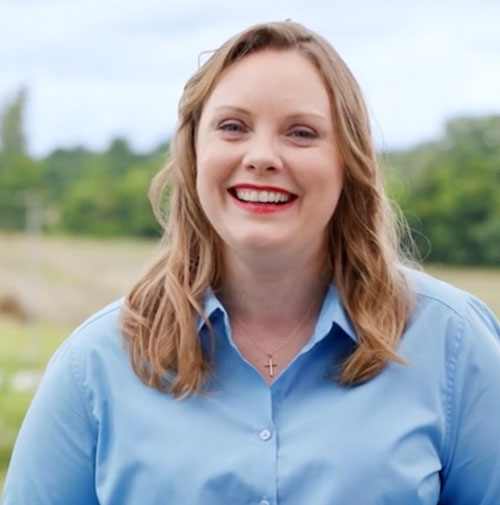 “As State Representative for Missouri’s House District 50, I currently represent constituents in Southern Boone and portions of Cooper, Moniteau and Cole counties. My current constituents are among my strongest supporters and dear friends and I was eagerly looking forward to representing them on a greater scale at the federal level, along with everyone else in Missouri’s 4th Congressional District.

“Last week, the General Assembly passed a new congressional map that moved me and all of my current constituents into the 3rd Congressional District. Still, I voted for the map because I believe it was good for conservatives and good for Missouri. However, the newly drawn district that removes my strongest base of support has a severe impact on the chances of success for my campaign.

“In my travels over the past year throughout Missouri’s current and proposed 4th Congressional District, I have met so many Missourians who stand with me in my pursuit of defending the American Dream. They have shared their stories with me of how they have lived their American Dream and of their concerns of the current and future impacts resulting from terrible decisions being made in Washington D.C.

“In good conscience, I cannot continue to ask for sacrificial contributions for my campaign from good people who are suffering under skyrocketing gas prices, soaring food prices, baby formula shortages, and other inflationary challenges when my campaign may not be victorious due to the new Congressional District map.

“Therefore, it is with a somber heart that I announce that I am withdrawing my candidacy for Congress.

“There are several other Republican candidates who have filed to run in the August 2 Primary Election for Missouri’s 4th Congressional District. I encourage you to research the candidates and choose for yourself whom you wish to support and to vote for as the CD4 election will be won in the primary as it is a strong Republican district.

“To my supporters, may the Lord richly bless you and keep you. Thank you for having relentlessly stood with me, for your encouragement, for your prayers, and for your deep love for God and Country. I am forever grateful for your support. Do not be dismayed, the Lord is in control and ultimately He holds our future and every single breath. Pray. Research the candidates. And vote.”